Howdy! Below we have listed the major statutes and phrases you’ll need to understand in Texas so you can get your prenup done and get back to planning your wedding!

What to consider in a Texas Prenup?

For a “lone star state” prenup to be considered for enforcement in a Texas courthouse, it must be drafted under specific guidelines that include:

What to exclude from your Texas prenup

Your prenup could be a risk if you include any of the following provisions:

We curated something really special. This prenup encyclopedia simplifies each term so ya’ll can get through any legal phrases without any sweat.

What can you include?

In Texas, per the Texas Family Code, and the Texas Uniform Premarital Agreement Act, Sec. 4.003, parties to a premarital agreement may include the following in their agreement:

***The right of a child to support may not be adversely affected by a premarital agreement.

Please note the above text from the Texas Family Code has been edited for brevity.

What could render your Premarital Agreement unenforceable?

Per the Texas Family Code, and the Texas Uniform Premarital Agreement Act, Sec. 4.105, if a party seeking to defeat the premarital agreement (the party against whom enforcement is sought) can prove the following, the agreement may be deemed unenforceable in whole or in part:

If you have other questions about enforcement of a prenuptial agreement in Texas, you should contact a licensed attorney.

Official term for property “acquired during the marriage”

Per the Texas Family Code, Sec. 3.001, Separate Property is defined as

Per the Texas Family Code, Sec. 8.052, the court may consider the following factors in determining the nature, amount, duration, and manner of support.

It’s crucial to understand that there are many different circumstances that can come into play if a Texan couple decides to divorce without a prenup. By clarifying maintenance in your prenup prior to divorce or separation, you and yours can prevent a court from defaulting to guidelines. If you have questions about how spousal support would be calculated, or would apply in your specific situation in Texas, you should contact a licensed attorney.

Texas is one of the only nine states in the country that is considered a “community property” state. This generally means that any property that is acquired by either both or one of the parties of the marriage is considered “community” or “martial” property (unless otherwise stated in a prenuptial agreement).

Official term used to refer to “grounds for divorce”

Getting a “dissolution of marriage” (also referred to simply as a “divorce”) calls for “grounds for divorce” without either party having to provide any reason as to why either party should want to end the marriage or legally separate.

There are many different reasons why a Texan couple would look for an annulment. To make sure that you are familiar, browse through the entire list here.

The Texas Legislature revised the Texas Family Code in 1993, excluding common-law defenses to prenups entered into on or after September 1, 1993. In English, please? This means that post September 1, 1993, “involuntary execution” and “unconscionability” are the only reasons for challenging the enforcement of a Premarital Agreement in the lone star state.

A Texas Prenuptial Agreement must be voluntarily executed.

Per Tex. Fam. Code §4.006(a)(1) a Premarital Agreement is not enforceable if the contesting party can prove that they did not execute the agreement voluntarily. However, the Fourteenth Court of Appeals (Houston) stated that a party is supposed to know the contents of a contract that he or she has signed and has a duty to defend themselves by reading a document before signing it. Marsh v. Marsh, 949 S.W.2d  Thus, an agreement that is “unfair” because it disproportionately favors one party over another is not necessarily unconscionable. More on the Marsh case, below.

How soon before the wedding must a Texas prenup be signed? Does signing a prenup too close to the wedding make the agreement unconscionable?

Texas law places the burden on the challenging party to show why the Prenuptial Agreement should not be enforced. In Williams v. Williams, as detailed below, signing an agreement one day prior to marriage is not enough to render the agreement unenforceable.

Summary: Wife, Linda and Husband, Louis were married April 17, 1982, in Boerne, Texas. The parties had spent significant time together and had traveled together before marrying.  Both parties had children from former marriages. During the late afternoon on the day before the couple’s wedding, Louis presented Linda with a premarital agreement, also known as an “Agreement in contemplation of marriage.” Louis reminded Linda that he had discussed this agreement with her prior, and per their discussions was sure she would have no objection. Linda indicated she did not like the agreement, but because approximately twenty of their friends and family had been invited to the wedding and were set to arrive the next day, she agreed to sign it. Linda and Louis went to a bank and had their signatures to the agreement notarized.

To make a long story short: According to the appeals court in Williams, the fact that the Premarital Agreement was signed one day before the couple’s wedding did not render the agreement unconscionable. The Texas Appeals Court held that a Prenuptial Agreement signed on the day of the marriage was not attained through fraud, duress or overreaching in this case. The court reasoned that the wife had business experience and the couple had discussed the terms of the agreement for six months prior. The prenup was upheld.

Case: Moore v. Moore, 383 S.W.3d Summary: In the case of Moore, Wife presented evidence that before she married Husband, he misrepresented his financial situation and claimed he wanted her to sign a Premarital Agreement to protect her from “loans, liens, and lawsuits.” Husband first attempted to use his own lawyer to assist them to write the agreement in a “collaborative effort.” Husband then suggested Wife retain an attorney and agreed to pay the cost, but thereafter rejected any attorney wife identified for representation, and rather directed her to hire an attorney of his choosing. He then thwarted efforts by Wife’s attorney to review the Prenuptial Agreement draft until just hours before the couple’s wedding. The Prenuptial Agreement presented to Wife required her to verify Husband had provided full disclosure of the nature, extent, and value of his assets, and also required her to waive any further disclosure. Wife was unable to reach her attorney before signing. The Court held that this agreement was involuntary and therefore unenforceable due to the facts at hand.

Does not having an attorney render the Prenuptial Agreement unenforceable?

Summary: In Marsh, the court ruled that the fact that Husband was not represented by an attorney did not mean that the agreement was procured by fraud, duress or overreaching. The Husband had opted not to hire counsel despite it being recommended that he do so.

Does the “unfairness” of the terms of a Texas Premarital Agreement weigh into whether it is considered “unconscionable?”

Summary: The Court in Chiles held that the one-sided nature of a Prenuptial Agreement does not equal unconscionability, and that even though an agreement may be disproportionate, unfairness is not material to the enforceability of the agreement.

Summary: According to the Marsh case, if the court determines that a Premarital Agreement is unconscionable, the contesting party must also prove that, before signing the agreement, they were not provided fair and reasonable disclosure of the finances, property or financial obligations of the other party. This disclosure is required in Tex. Fam. Code §4.006(a)(2)(A). 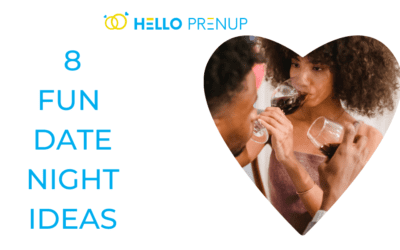 Are you tired of the same old, same old? Keeping things spicy, hot, and fun requires work from both partners before... 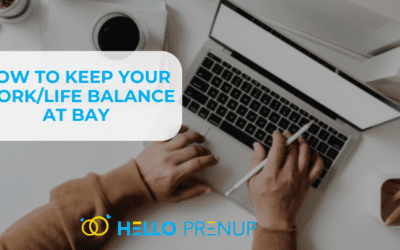 How to Keep Your Work Life Balance at Bay

Juggling the many demands of your life can get overwhelming. In this fast paced society, it can seem like your list of... 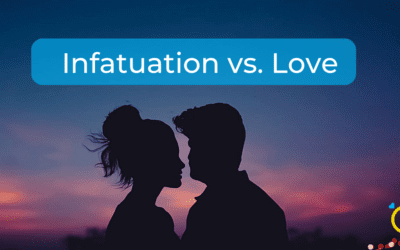 The beginning stages of a relationship are invigorating. As you share new experiences with each other, everything is a...

Ready to start your Texas Prenup?