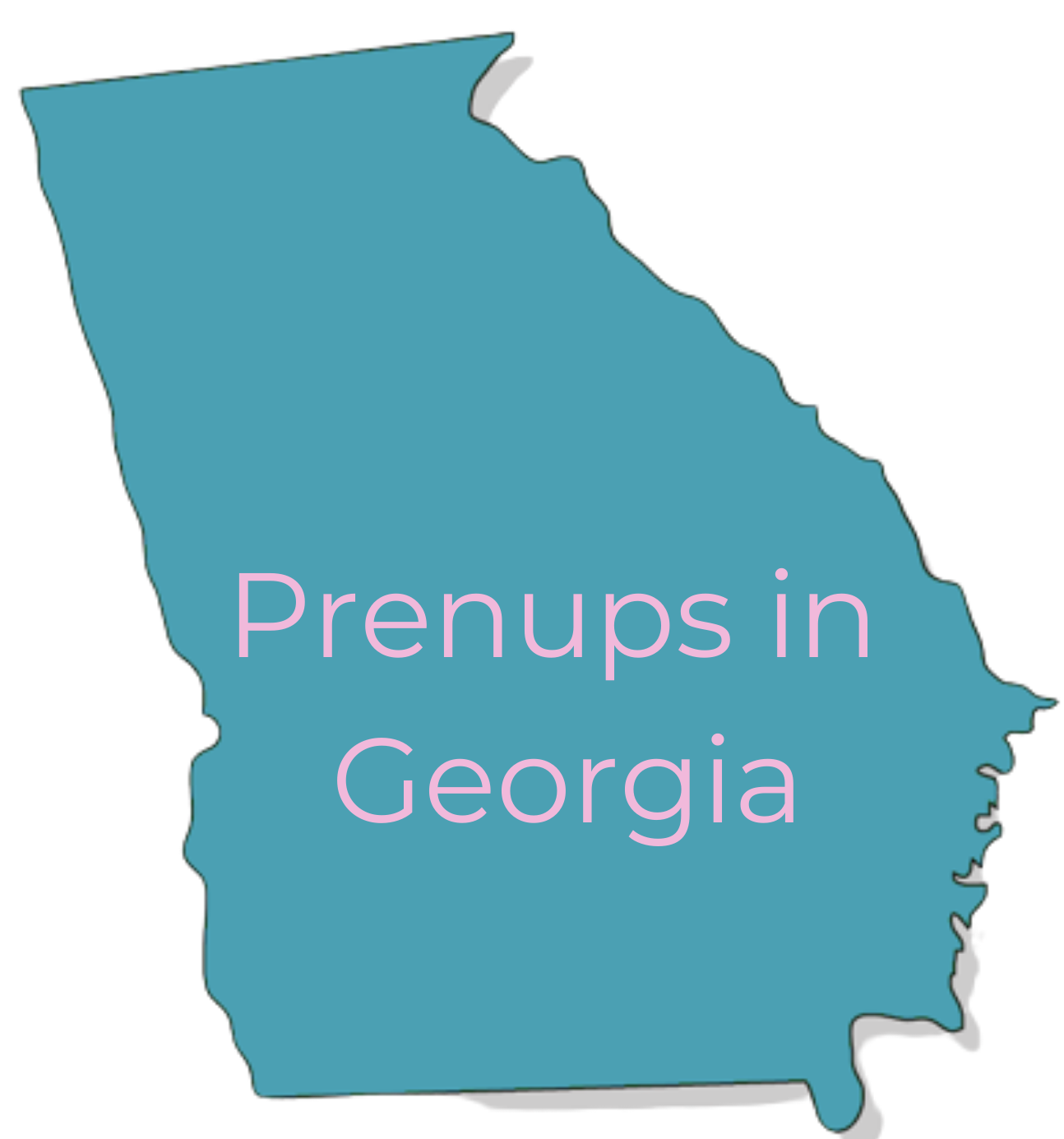 Getting hitched in Georgia sounds just peachy. But what about your prenup? Don’t worry, we’ve got you covered! Check out all the information we’ve compiled to make the prenup process a little sweeter for you.

In Georgia, prenups are officially referred to as “antenuptial agreements”. An antenuptial agreement (AKA a prenup) is a legal agreement between two parties who plan to marry. The agreement becomes “effective” (i.e. springs to life) as soon as the couple is legally married. As you might expect, there are some rules governing prenups including what you can and cannot include in them (we’ve laid this all out below!). Prenups routinely include provisions related to alimony, property division, retirement accounts, attorney’s fees, and more. However, there are several things that you cannot include. For example, you may not contractually limit child support obligations, nor may you dictate child custody arrangements. Additionally, you cannot include “non-financial stipulations”. These might include provisions related to in-law visits or weight gain, for example. Finally, you may not include ultimatum provisions for divorce (example: “if husband doesn’t do the dishes 3x per week, I can file for divorce”).

This refers to property that is not a part of the “marital estate” (i.e. property that the other spouse is not entitled to upon divorce)

Georgia has adopted the “equitable distribution” method for property division. This means that marital property (i.e. property obtained during the marriage) is distributed “fairly” upon divorce. What is “fair” is up to the judge. The non-marital property which includes property acquired prior to marriage, obtained as a gift from a third party, or inherited, remains separate and is not divided upon divorce.

A real-life look at separate property

Upon divorce, this couple squabbled over their retirement accounts. Specifically, husband wanted wife’s account to be considered marital property and divided upon the two spouses. While the wife owned the account prior to the marriage, husband’s argument was based on the fact that wife contributed “marital funds” to the account. Believe it or not, the court agreed with the husband and the account was split equitably between the two.

Check out the case here.

In Georgia, spousal support is officially referred to as “Alimony”

Alimony is intended to maintain the status quo of both spouses after divorce. There are two types of alimony: temporary and permanent alimony. Temporary alimony is intended to provide monetary support to one of the spouses through the divorce proceedings. Alternatively, permanent alimony which as the name suggests, is in long-term support which begins after the divorce proceedings have concluded. Interestingly, if one of the spouses has cheated or “abandoned” the other spouse, they are not entitled to alimony.

Now, let’s talk money. In Georgia, the sky is the limit when it comes to alimony awards. This is contrary to many other states which have limits as to how much alimony can be awarded. So how does the court decide? The factors include:

(Check out the complete list of factors considered here).

What to include in a valid Georgia Prenup

Here are a few things to consider:

What to exclude from your Georgia prenup

This couple definitely experienced some ups and downs throughout the course of their relationship. Here’s a quick breakdown. After 25 years of marriage, they called it quits. But, it doesn’t stop there. Two years later, they remarried. They then divorced for a second time 8 years later.

Before getting married for the second time, they created a prenup without obtaining any legal advice or attorney assistance. Long story short, the prenup was not valid. One provision stated as follows: “In the event the marriage does fail, it is agreed that the settlement to [Wife] will compensate her for the hardship of mentally, emotionally, and physically creating a standstill in her life by further losing ground in her process of healing and of creating an independent life instead of putting her children and family reconciliation first. Compensation will resume in the afore-agreed amount of $2,500 monthly plus a cost of living adjustment to be paid for a period of 15 years.” So, what was the issue? Well, for starters, the provision never even mentioned the term alimony. Instead, it refers to “compensation for hardship”. This is not in line with the purpose of alimony in the state of Georgia. Alimony is intended to keep the status quo set during the marriage. Additionally, the couple failed to have two witnesses so the agreement would have been invalid even absent the poorly written provisions.

What makes a prenup unconscionable in Georgia?

When this couple married, husband had $4.5 million in assets while wife had only $30,000. Their prenup was finalized two days prior to the wedding. In the prenup, wife agreed to a $100,000 alimony cap, waived her rights to any of husband’s property, and agreed to forfeit all rights if she cheated.

After nine years of marriage, wife filed for divorce. She wanted the prenup thrown out because she thought it was unconscionable. She wanted the court to distribute all the assets equitably. However, the court disagreed with wife and declared that the prenup was valid. Why? Well, wife had full and fair disclosure of husband’s assets, wife had her own attorney, and both spouses had been divorced previously so it was reasonable that they anticipated divorce and wanted to protect their assets. For these same reasons, it also didn’t matter that the prenup was only signed two days before the wedding.

This may go without saying but a divorce occurs when spouses who have been legally married start the process in court to end their marriage. Here is a really important point: Georgia is one of the only states that is a “fault” state. This means that wrongdoing by one of the spouses can be grounds for a divorce. In contrast, most states don’t consider the wrongdoing of a spouse when granting a divorce. Of course, it isn’t necessary for a spouse to be in the wrong in order to get a divorce. Alternatively, you can let the court know that your marriage is ”irretrievably broken”.

Take a look at this Georgia family law statute for all the divorce grounds:

However, it’s not enough just to claim that your spouse is cruel, for example. You must prove it in court with actual evidence. If you elect to file for divorce based on one of the above “faults”, you may receive a more favorable alimony award or property distribution. For example, per this Georgia statute if a spouse cheats (and it’s actually proven), they may not be entitled to alimony.

How to end a marriage in Georgia

Divorce isn’t the only option if you want to call it quits in Georgia. Aside from divorce, a couple can annul their marriage or can elect “separate maintenance”.  This requires a proceeding similar to a divorce in which everything is divided. However, at the end of the proceeding, the couple is still legally married.

However, the most common method of splitting is divorce. Only one spouse is needed in order to initiate the proceedings. If a spouse refuses to participate in the proceedings, a “default judgment” may be entered which will allow the divorce to proceed without both parties’ involvement.

>>For the entire fine print, review Title 19, Chapter 6 of the Georgia Code