Congratulations on your future marriage in the beautiful state of Oregon! Whether you’re opting for a hipster wedding in Portland or a crunchy granola wedding in Bend, don’t forget to get that prenup squared away. Here is what you’ll need to know and include in your prenuptial agreement (and what not to do).

Get Started on Your Oregon Prenup!

What to include in a valid Oregon Prenup

For an Oregon premarital agreement to be considered valid, you should consider the following:

What to exclude from your Oregon prenup

To ensure that your prenup comports with Oregon law, make sure not to include…

The agreement must also be executed voluntarily and freely. This means that either party had a meaningful choice whether to sign the agreement and they were not physically or psychologically threatened.

It’s all in the details: A lesson on disclosure

Husband and Wife were married in 1989. The day before they left for their Vegas wedding, Husband insisted that Wife sign off on a prenup that his attorney drafted. The prenup stated that they each had no right to the other’s separate property, and neither of them was allowed to request alimony in the event of divorce. Attached to the prenup was a list of Husband’s major assets with no dollar value next to them. Given that she had one day’s notice of this prenup, Wife was also unable to get her attorney to review the prenup. Wife insisted she didn’t want to sign the prenup, but Husband urged her to, reassuring her that he loved her, and the wedding was already planned. Husband also assured her that his attorney would review it for her (this is a major red flag because attorneys cannot represent two opposing parties). She reluctantly signed.

The question for the court is: Is this prenup enforceable? Wife argues that it is not enforceable because she did not sign it voluntarily. On the question of voluntariness, the court said that she did not sign it voluntarily because she did not have a reasonable opportunity to review the agreement, she did not have her own attorney. She wasn’t aware of the nature of his property. Husband presented the prenup to her one day before they left for their wedding; this didn’t give her reasonable time to review the agreement. Wife also did not have a chance to have her own attorney review it. How could she? She only had one day to figure everything out. Finally, the major assets listed on the prenup did not have monetary values next to them, leaving Wife in the dark regarding what rights she was waiving.

The lesson to learn from this case is:

Another lesson on asset disclosure

As you’ve learned, asset disclosure is an important aspect of creating a valid prenup in most states, including Oregon. Asset disclosure describes the property you own (retirement accounts, real estate, bank accounts, etc.) and the value of each. The purpose of requiring asset disclosure in a prenuptial agreement is to make both spouses aware of the amount of property that the prenup will affect. In other words, you need to know just what you are giving up. A case from the 1980s further highlights how Oregon courts treat asset disclosure on prenups.

Husband and Wife executed a prenup that did not specify the extent of Husband’s assets. However, Wife was employed by Husband’s business, which was his only substantial asset. She handled the bookkeeping and payroll and oversaw ten business checking accounts. Did Wife’s mere knowledge of Husband’s sole asset alleviate the need for asset disclosure? This court said yes because the sole reason for requiring asset disclosure is to give the other person enough awareness of the property to understand what they are giving up. Wife’s employment provided her with an adequate understanding of Husband’s assets to understand what she was giving up.

Moral of the story? Always disclose, but even if you don’t, you may still be covered if you show that your spouse had an adequate understanding of your property.

Official term for divorce in Oregon: Dissolution of marriage

A divorce occurs when two people, who have been legally married, begin the court process to end the marriage. In Oregon, courts refer to a divorce as a “dissolution of marriage.” Oregon is not a fault state, meaning that you cannot claim that your spouse “did something wrong” as the basis for divorce. You can only claim that there are “irreconcilable differences.”

>>For the fine print on dissolution of marriage, review Oregon Revised Statutes 107.025

How to end a marriage in Oregon

Separate property means property that does not get divided in the divorce. In Oregon, courts consider gifts, inheritances, property acquired before the marriage, or property originating from these item as separate property, thus not subject to division. If this is not to your liking, you will need to specify it in a legal document otherwise (such as in a prenuptial or postnuptial agreement).

Spousal support, maintenance, and alimony all mean the same thing: financial support ordered by the court to be paid by one spouse to the other. In Oregon, alimony is known as spousal support. An Oregon court may grant spousal support for any of the following situations:

You may include provisions in your prenup limiting or eliminating spousal support.

Husband and Wife were married in 1987. Before the wedding, they executed a prenup that said, “what’s yours is yours, and what’s mine is mine,” and they also both waived any right to alimony (i.e., spousal support).

They were married for over a decade before filing for divorce. In the divorce proceedings, Wife sought to strike the provision about spousal support. Of course, Husband wanted the opposite; he wanted to uphold the provision that prevented her from receiving spousal support from him. Wife argued that she should be entitled to spousal support because the state has an interest in supporting its citizens and spouses are responsible for supporting each other.

The court disagreed with Wife. While she is correct (that the state is interested in supporting its citizens and prenups waiving spousal support that would deprive a spouse of support that they cannot otherwise secure, it should be invalid), this is not the case for Wife. Wife receives social security and monthly income from her retirement accounts. She also lives rent-free. With all these factors considered, she can secure support for herself without alimony. Thus, the prenup provision eliminating the right to spousal support is valid. 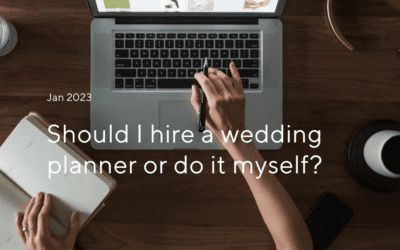 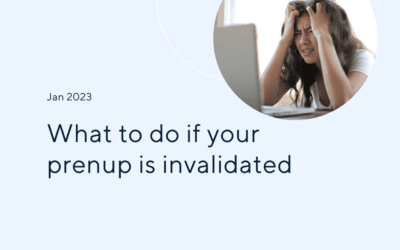 Ready to start your Oregon Prenup?