Planning a wedding on one of Michigan’s scenic lakes? Let us help you with your prenup! Michigan’s prenup laws can be tricky. But don’t worry, we’ve compiled all the information you’ll need to make the process smooth sailing.

In Michigan, courts refer to prenups as “antenuptial agreements”. But don’t worry, the terms mean the same thing. An antenuptial agreement (AKA prenup) is a contract that is created by two individuals before they get married. Once you sign the agreement, it doesn’t actually become effective until after you are legally married. Michigan’s antenuptial agreement statute and case law lay out what you can and cannot include in your prenup. We’ll get into this in more detail below but for starters, your prenup can tackle topics including alimony, property division, retirement accounts, and attorney’s fees, just to name a few of the big ones. Naturally, there are a few things you cannot include in your prenup. The big no-no is limiting child support obligations. You also can’t dictate child custody arrangements in a prenup either. One important note to end on: Michigan courts can throw out your prenup if they think it’s unfair.  Now, let’s dive in!

What to include in a valid Michigan Prenup

Here are a few things to consider when drafting your prenup:

What to exclude from your Michigan prenup

*Important note: Michigan courts can throw out your prenup if they think it is unfair.

So we’ve talked a little bit about property being separate but what exactly does that mean? Essentially, it means that the “separate” property is not considered a part of the marital estate (which, pursuant to Michigan law, includes property acquired after the marriage, unless you specify otherwise).

As we’ve already touched on, this includes property that is acquired after the marriage begins. However, there are a few exceptions to this general rule:

What about worker’s comp?

Let’s take a look at a real-life case. During a divorce, wife wanted a portion of the husband’s worker’s compensation payout and therefore argued that it should be considered marital property. Naturally, husband wanted to keep it separate. The solution? Well, it depends. The court decided that if the worker’s comp is intended to compensate for lost wages, it is considered marital property. However, if it is intended to compensate for pain and suffering, it is separate property. (Cunningham v. Cunningham, 289 Mich.App. 195 (2010)).

Alimony is also commonly referred to as spousal support. However, the official term in Michigan is Alimony. So, what is it exactly? It is financial support provided to one of the spouses during or after divorce. The primary purpose is to make things fair and balance the income of the parties. Here are the factors considered by Michigan courts in determining whether alimony is reasonable:

Once it is determined that alimony is justified, the court considers the length of the marriage, as well as the age, education, and income of the spouses to calculate the amount of alimony.

What is a fair and reasonable prenup?

First, a quick history lesson. Don’t worry, we’ll keep it short! Prenups are a relatively new phenomenon in Michigan. In fact, prior to 1991, they were considered contrary to public policy. The 1991 Rinvel case changed the game when it declared that not only were prenups not contrary to public policy, but were actually great because they encourage civility between the parties and foster healthy relationships. However, the court still wanted to make sure that prenups were always fair. So, they developed the following fairness standards:

A FAIR play by the Michigan court

So now that we’ve talked a little bit about fairness when it comes to prenuptial agreements, let’s dive deeper and look at some real life examples.

At the time they married, husband was a new lawyer and wife was a recently graduated engineer. They had a combined net worth of $20,000. In their prenup, they specified that all their property should remain separate. Additionally, the marital home would go to the husband in the event of divorce. Throughout the marriage, the couple kept their finances separate and in line with the prenup, kept property separately in their individual names.

After 25 years of marriage, the couple called it quits. Circumstances had definitely changed from the time they entered into their prenup. When wife filed for divorce, both husband and wife were earning approximately $1,000,000 per year. Wife argued that this was a change in circumstances that made enforcement of the prenup unfair. Husband argued that wife never saved any money and that was why she was trying to have the prenup thrown out.

The court disagreed with the wife and found the prenup to be fair (the million-dollar question!). While things certainly changed financially for the couple, both the husband and wife’s income had increased. This wasn’t a reason to invalidate the agreement. (Check out the case here: Reed v. Reed, 265 Mich.App. 131 (2005))

Another look at fairness

This couple entered into a prenup in which they elected to keep most of their property separate. During their marriage, they did just that. Both husband and wife worked in advertising. However, wife stopped working after having their second child. The husband acquired multiple properties during the marriage and received numerous cash gifts from his parents, usually in the amount of $20,000 per year.

After 16 years of marriage, the couple divorced. Wife argued that the prenup agreement should be thrown out as circumstances had changed since its signing and it would now be unfair to enforce the agreement. So, what did the court do? Ultimately, it agreed with the wife. In doing so, the court had to reconcile two bedrock principles: the right to freely enter into a contract and the requirement that property division among spouses is equitable. One of these rights is held by the parties themselves, while the other is held by the courts. Parties cannot contract away the court’s right to alter property division (which would otherwise be governed by a prenup) if doing so would be fair and equitable. “Put differently, the parties to a divorce cannot, through antenuptial agreement, compel a court of equity [divorce court] to order a property settlement that is inequitable.” At the end of the day, the court declined to follow the prenup and divided the property “equitably”.  Read the entire case here.

Official term for Divorce in Michigan

This may seem simple but there are actually quite a few names for a divorce. For example, some states refer to divorce as “dissolution of marriage”. But have no fear, in Michigan, the official name is divorce. To get technical, a “divorce” is initiated when a couple, who was legally married, starts the process in a court of law to end their marriage.

Calling it quits in Michigan

There are three routes that a couple can take to call it quits: separate maintenance, annulment, and divorce. We are going to focus on divorce. Only one spouse is needed to get the process going. And, while it’s really important for both spouses to be involved in the process, both are not required to be involved in order to finalize the divorce. If one spouse decides not to participate in the proceedings, a default judgment will be entered (this basically acknowledges that one party refuses to participate and allows the case to proceed).

Not just anyone can get divorced in Michigan. Here are the eligibility (residency) requirements:

Nobody needs to be in the wrong in order to obtain a divorce in Michigan. This is referred to as a “no-fault divorce”. All that is required is that the parties let the court know that the marriage is “irretrievably broken” (hence the divorce proceedings). 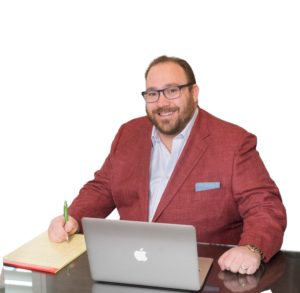 Max Emmer is a Michigan attorney who believes that prenups can improve marriages through good communication and financial  transparency. He understands both the legal and deeply emotional aspect of prenuptial agreements, and aims to help his clients reach a resolution in the most helpful and efficient way possible.

Consider reaching out to Max with any Michigan prenup questions, concerns and if you would like advice or representation.