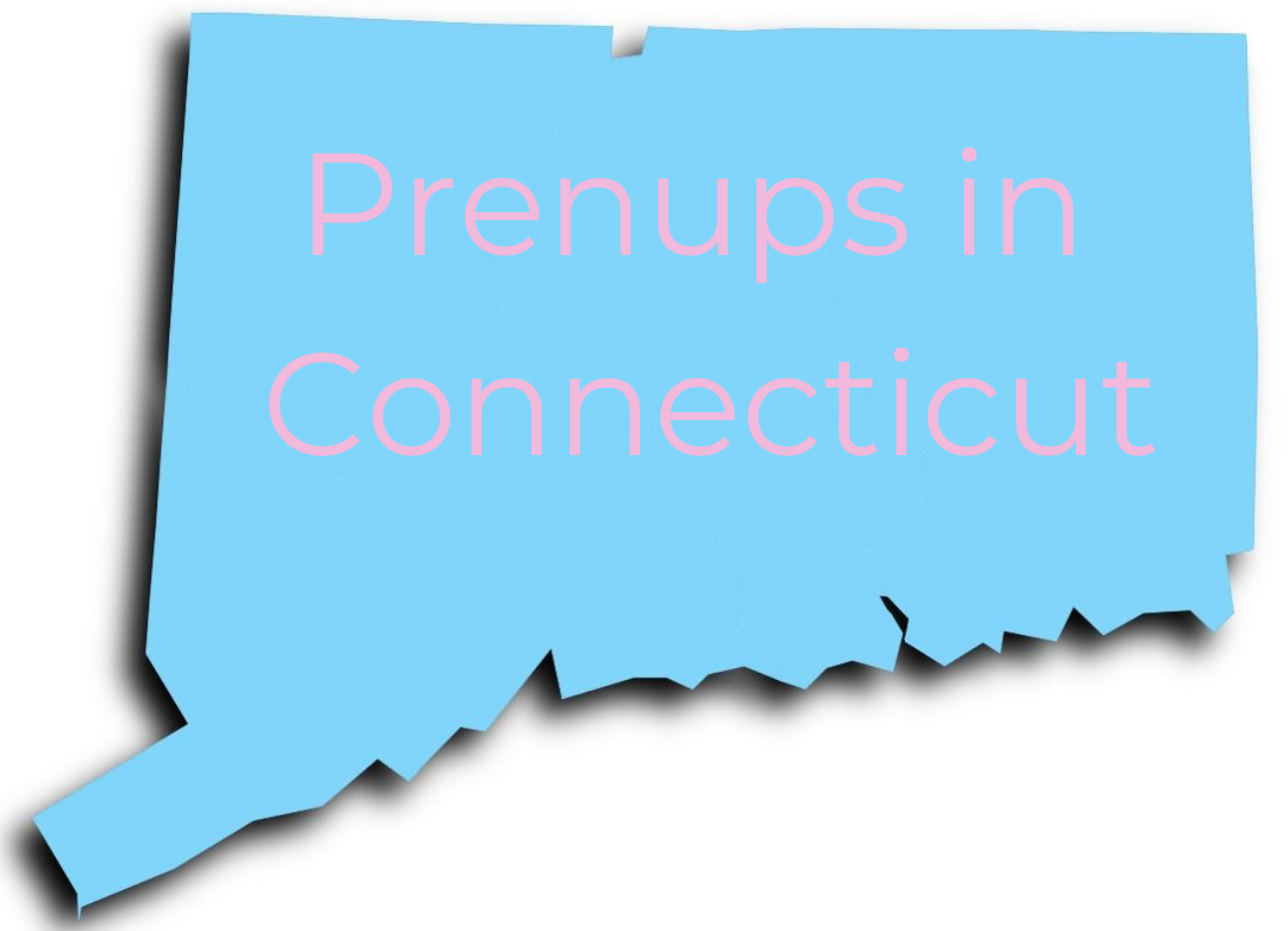 Connecticut has us dreaming of scenic fall weddings. If you are too, check out all the hacks and resources we have compiled to help you craft your perfect prenup.

So, should you have a prenup? Don’t worry; we’re here to help! Prenups are great planning tools and help you and your fiancé take control of your future! Prenups can limit litigation exposure and expense should a dispute arise regarding divorce. They can also be used if a spouse dies. Want some good news? You don’t even need an attorney to draft your prenup! However, there are a few things to keep in mind to ensure that your agreement is legally valid. So, keep on reading!

Let’s start with the law that governs prenuptial agreements. In Connecticut, this would be the Connecticut Premarital Agreement Act (the “Act”). In Connecticut, prenups are officially referred to as “premarital agreements (don’t worry, they mean the same thing!). In the Act, specifically § 46b-36b(1) of the Act, a premarital agreement is defined as an “agreement between prospective spouses made in contemplation of marriage.” Typically, in Connecticut, the prenup springs to life as soon as you enter into the marriage unless you specify differently in the agreement. Read the fine print of the CT Premarital Agreement Act here.

A history of Connecticut prenups

So, we’ve already talked a bit about the Connecticut Premarital Agreement Act (the “Act”) but let’s go a little further. The Act has been governing Connecticut prenups since 1995. Prior to that time, parties looked to an important Connecticut Supreme Court Case for guidance. Read on for all the details!

This landmark case was the precursor for the Connecticut Premarital Agreement Act. Specifically, the Connecticut Supreme Court developed a three-part test aimed at testing the validity and enforceability of prenups. The test is as follows:

Parties may waive rights in their prenuptial agreements. However, the waiver must be both “voluntary and knowing”.

Example: you cannot contract away a child’s right to receive child support.

If the circumstances, such as the economic status of the parties, change drastically, enforcement of the contract may be unconscionable.

*Need some light reading? Get all the details of the McHugh case here. You can also read more about CT prenups, straight from the source here.

What CAN you include in a valid CT prenup?

What CAN’T you include in a Connecticut prenup?

A tale of makeup and breakup

This relationship was a rocky one. Divorce proceedings were initiated not once, not twice, but three times! But let’s go back to the beginning. Prior to the couple’s wedding, they executed a premarital agreement in which they both waived their right to alimony. During the course of the marriage, the couple was involved in a car accident. Wife sustained serious injuries and was unable to return to work. Even though both spouses waived their right to alimony in the prenup, the court awarded the wife alimony regardless. Why? The court felt that the accident resulted in circumstances that were far beyond the parties’ contemplation when they executed the agreement. The fact that the wife could no longer work and provide for herself made the prenup’s waiver of alimony unconscionable. (Check out prong three of the McHugh case discussed above!)

Straight from the source:

What can you contract to in a Connecticut prenup?

Per Sec. 46b-36d of the Connecticut statute, Parties to a premarital agreement in CT may contract regarding the following:

Can you amend a Connecticut prenup?

This couple had a significant wealth disparity when they married. Former wife was earning approximately $30,000 per year and former husband was making around $250,000 per year. When the couple divorced, wife challenged the validity of the prenup. She argued that it was unconscionable as it did not provide for her fully. The court disagreed. In doing so, it compared the couple’s financial situation at the time they married to the time they divorced. The significant disparity was present during both periods. When the couple divorced, former wife had a net worth of approximately $26,000, while former husband’s net worth was around $4.5 million. Therefore, there was no significant or unforeseeable change. Additionally, the former wife freely entered into the agreement and voluntarily waived her rights.

Check out the full case here!

This couple included a “sunset provision” in their prenup. This means that the prenup becomes null and void at a certain milestone. In this case, that milestone was their seventh wedding anniversary. Unfortunately, several months prior to their seventh anniversary, the couple split and initiated divorce proceedings. Because the couple had not officially divorced before their seventh anniversary, the sunset provision went into effect and voided the prenup. Despite the couple’s arguments to the contrary, there was nothing in the prenup that conditioned the provision on whether or not they had separated. They were technically married when they reached their anniversary and therefore were bound by that provision in their prenup.

The parties in this case dated for several years before they were married, shared expenses, and “became knowledgeable of the other’s standard of living and spending habits.” They executed a prenup prior to their wedding. However, when the couple split, the wife challenged the prenup’s validity, arguing that the former husband did not adequately disclose his finances. The general rule is that parties must disclose the amount, character, and value of their separate property and assets unless the other party has “independent knowledge.” Based on their courtship and the fact that the agreement was thoroughly negotiated with the assistance of attorneys, the prenup was valid.

Check out all the details here!