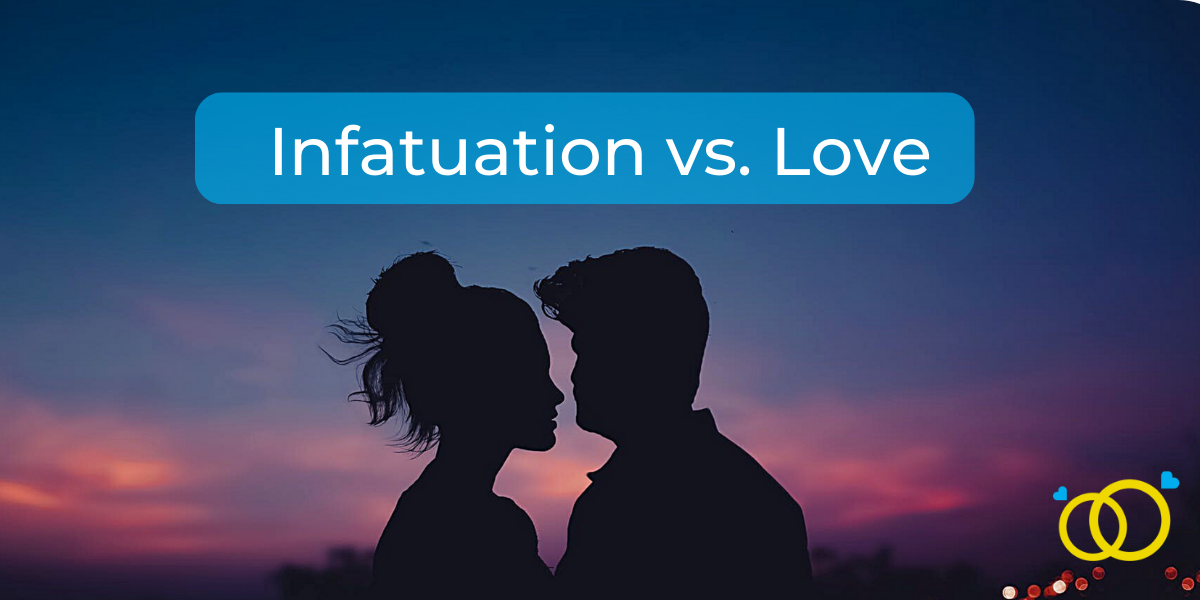 The beginning stages of a relationship are invigorating. As you share new experiences with each other, everything is a fun and exciting time. This “honeymoon” phase is normal and happens to many new couples. As you progress through the first couple months of your new relationship, you might think you’re already in love!

You might have heard your grandmother say “it was love at first sight”! This common cliche refers to a strong attraction or two people falling for each other when they first meet. While this phrase certainly sounds romantic, every person has their own views and beliefs on if this is actually possible. Is it possible to fall in love at first sight? Ultimately, it depends on who you ask.

Reality TV has certainly run with the “love at first sight” idea. In 2014, the “Love at First Sight” reality show first aired on A&E. This show is a reality TV show that pairs couples to marry each other on the very first time they meet! This show certainly raised some controversy amongst people who simply can’t wrap their minds around marrying someone they’ve just met.  Whether you’re a hopeless romantic or a realist, you’re surely entitled to your own opinion. But before you call it love at first sight, let’s dive into the difference between infatuation and love.

What is Love vs. Infatuation?

Both love and infatuation can produce intense feelings that may feel similar. Ultimately, that’s why these two feelings are often confused with one another. However, there are some clear differences when you look at their definitions.

Love is often described as “a feeling of intense affection for another person”. Other definitions include a “warm attachment or devotion to another person”. In contrast, infatuation involves being carried away with addictive feelings or feeling carried away with someone. If you’ve ever had a friend who went on two dates with a person and claimed “they’re in love!” you might know what infatuation looks like from an outsider. In some cases, it can feel like the person is borderline obsessed.

Signs of Love vs. Signs of Infatuation

When you’re in a new relationship, it can be difficult to see how your relationship may appear to people on the outside. If you’re worried about not knowing the difference, these signs can help you determine which it might be.

Note: These are general pointers to ask yourself. Each situation is uniquely different and this may not always apply.

Unlike infatuation, a true love bond can take months to truly form and develop. Love is characterized by rational thinking, as opposed to impulsive decisions based on exaggerated emotions. In addition, love is selfless as you’re concerned more about the well-being of the other person than yourself. In infatuation, most signs focus to personal concerns.

From a scientific point of view, infatuation is a real phenomenon that occurs in the brain. In fact, several studies have compared the brain’s production of serotonin during stages of infatuation. Some people describe these love-luster feelings as similar to being high on drugs, with that same level of addictive feelings. In addition, dopamine produced from these feelings of infatuation can leave you feeling euphoric and even have difficulty sleeping.

Can Infatuation Turn into Love?

Infatuation is usually something that occurs very early on in the relationship. It could last for a very short time or it could go on a while. For some couples, it may just be a few weeks. For others, it could be months or even years. Ultimately, infatuation can in fact turn into love. In some cases, love may begin to develop when you begin to accept the realities of the relationship. This comes with the realization that no relationship is actually perfect.

While it is possible, infatuation does not always turn into love. In many cases, it may last for a few weeks or months until it abruptly ends. Usually, this starts when feelings begin to shift and the “lust” begins to wear off into reality. In the 1970s, Psychologist Dorothy Tennov first coined the term “limerence”. This refers to a profound romantic infatuation, which begins with intense emotions and can lead to obsession. She believes infatuation can even last up to three years.

Worried you might be infatuated and not really in love with your partner? Don’t panic. As mentioned above, these feelings often change into love over time and it’s understandable to ride the honeymoon stage for as long as possible. But! To prevent any heartbreak or toxic relationships seeing a therapist or relationship counselor might be a good place to start to talk through your feelings. Or, if you feel comfortable, talk to a trusted friend or family member about how you’re feeling. You may find that outside perspectives and input can help you keep present in the reality of the situation.

Julia Rodgers is HelloPrenup’s CEO and Co-Founder. She is a Massachusetts family law attorney and true believer in the value of prenuptial agreements. HelloPrenup was created with the goal of automating the prenup process, making it more collaborative, time efficient and cost effective. Julia believes that a healthy marriage is one in which couples can openly communicate about finances and life goals. You can read more about us here 🤓 Questions? Reach out to Julia directly at [email protected]