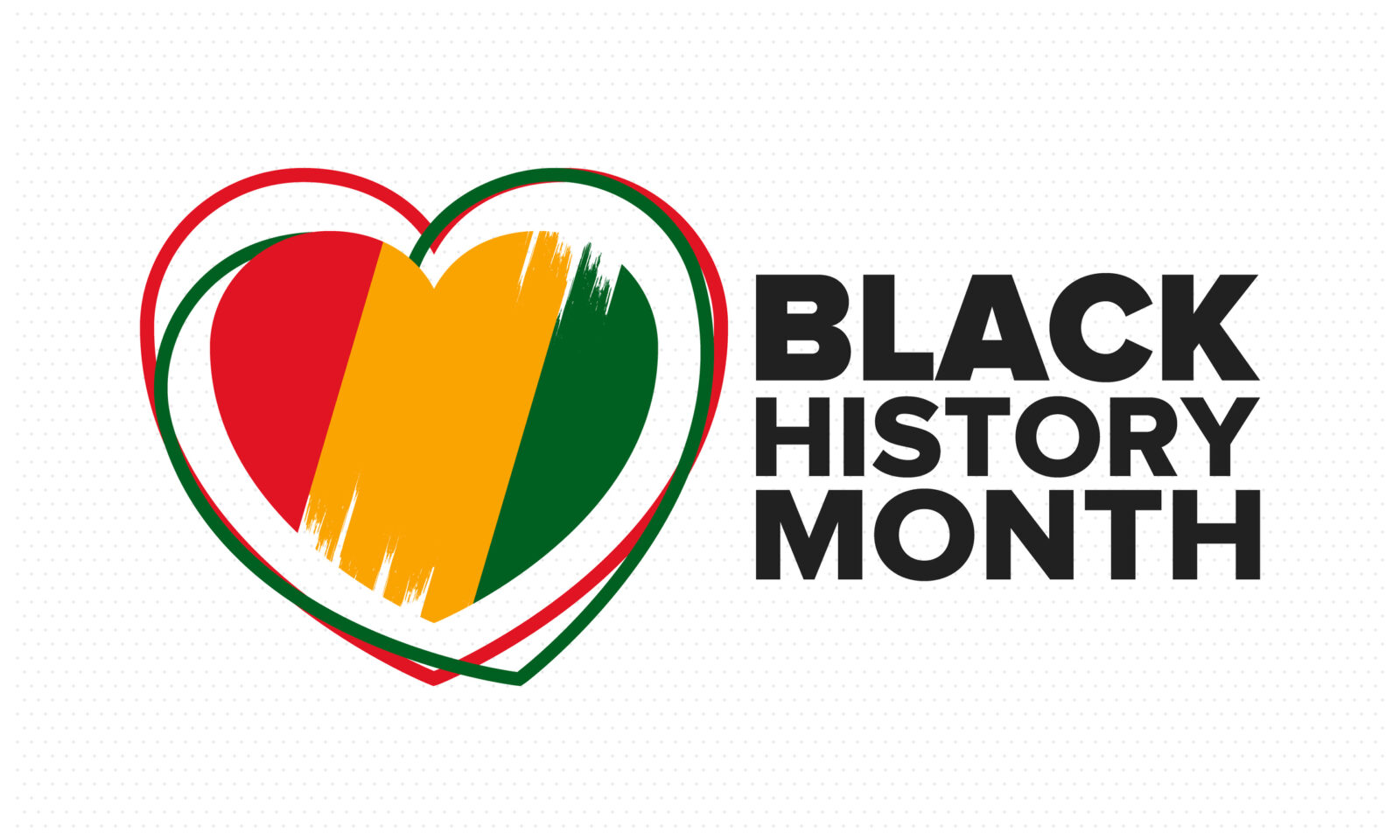 February – it’s renowned for being one of the coldest months of the year in most of the Northern Hemisphere, and of course, is frequently associated with Valentine’s Day on February 14th. But the month of February has a most more impactful affiliation, too. February is recognized as Black History Month. Understandably so, it seems a bit ironic that the shortest month of the year is the one that’s been designated to recognize Black folx, who have a long history of being marginalized by government, law enforcement, and society.

Of course, one month is not a sufficient period of time to recognize the accomplishments and perseverance of the Black community. Especially in the wake of the Black Lives Matter movement (and the unwarranted criticism it faced) and the continued police brutality against Black individuals, it is crucial that we all make the effort to fight racism and support black individuals/businesses year-round. We uphold the belief that it is simply not enough to be “against” racism, but rather to proactively educate ourselves on race issues, give marginalized communities a platform, purchase from minority-owned businesses, and do everything in our power to fight the systemic racism that has run fervently throughout American society since its founding. As Yvette Clark states, “We must never forget that Black History is American History. The achievements of African Americans have contributed to our nation’s greatness.”

So, how was it decided that February should be designated as Black History Month? The individual at the epicenter of the entire movement is Carter G. Woodson. Woodson was said to have formed the Association for the Study of Negro Life and History (ASNLH) in 1915 while traveling for the national celebration of the fiftieth anniversary of emancipation. This organization would continue to publish journals focused on Black history, and in 1926, Woodson declared (we write this name respectfully, as Woodson named it at the time) Negro History Week, to take place every February. Most people believe that Woodson chose the month of February because both two major figures in the emancipation movement – Abraham Lincoln and Frederick Douglas, were born in February. In a way, this was done as a message of unity. Both Black communities and Republicans of the time often paid respects to the fallen President Lincoln in February, while primarily only Black communities acknowledged the work of Frederick Douglas in February. Choosing to celebrate in February lent credence to these pre-existing celebrations, and increased chances for the success and overall impact of the holiday.

While Woodson did catapult his Black recognition week by piggy-backing off of the celebrations of two great men – he wanted it to be about so much more than that. Rather than just acknowledging renowned leaders, he wanted to utilize this time to celebrate the communities that helped turn the tides to end slavery, and loosen the grip of Jim Crow laws. It was always said that Woodson did not envision the celebration of Black History to be limited to just a week. He often spoke of shifting the week-long concept to a year-long endeavor and encouraged schools to incorporate more curriculum on Black history so that students could demonstrate the things that they spent all year learning during Negro History Week in February.

Though many cities had begun proclaiming the official recognition of what was then known as Negro History Week throughout the 1940s and 50s, the civil rights movement of the 1960s is what really brought Black identity and history into mainstream American culture. We have the cultural shift of the 1960s to thank for growing Woodson’s week-long celebration into Black History Month as it is known today. Finally, in 1976 President Gerald Ford officially declared February as Black History Month on a national level. In doing so, he encouraged Americans to “seize the opportunity to honor the too-often neglected accomplishments of Black Americans in every area of endeavor throughout our history.”

Like we said, acknowledging Black history is vital to appreciating how far we’ve come and how much further there is to go, but to create real change that reverberates throughout society, we have to take anti-racist actions 365 days of the year. As a company that specializes in making prenuptial agreements more accessible and commonplace, we embrace the opportunity to empower women of all demographics to set themselves up for financial success in marriage.  That being said, it’s worth highlighting the following statistics from YourDream.org, “While American women on average make 80 cents to a white man’s dollar, women of color experience wider pay disparities because of the various effects of racism and discrimination against different racial groups. For example, Black women make 61 cents to the dollar, and Hispanic/Latina women make 53 cents.”

Yes, the driving factor of the wage gap in the United States is sexism, undeniably so. However, to appropriately address all of the factors that go into the wage gap, one must address systemic racism, as well. After all, feminism without the intersectionality of race, class, sexual orientation, gender identity, and disability/ability is not true feminism. As a female-founded company, HelloPrenup works to be an inclusive organization that keeps intersectional, feminist values at the forefront of its mission. That’s exactly why we’re taking time to reflect on the importance of Black History Month (and continual strides towards a more equal society).

There truly is so much bravery, perseverance, and power that we can take away from the trials and tribulations of individuals in Black history. As a progressive business focused on de-stigmatizing the power of prenuptial agreements, we want to particularly reflect on the evolution of interracial love and marriage, and those individuals who went through hell to get to where we are today. Back in 1883, the U.S. Supreme Court case Pace vs. Alabama ruled that state-sanctioned bans on interracial were constitutional, and did not violate the Constitution’s Fourteenth Amendment, a Reconstructionist-era amendment that granted citizenship to anyone born in the United States (including recently freed slaves).

It would not be until 1967 (over eight decades later!) that Pace vs. Alabama would be overturned in Loving vs. Virginia. This case was the result of a long and grueling battle put up by plaintiffs Richard and Mildred Loving, an interracial couple who were married illegally in Virginia in 1958, and faced criminal charges under a Virginia statute that banned such marriages. The Supreme Court ruled that Virginia’s law violated the Equal Protection Clause as it was based solely on “distinctions drawn according to race.”

When the ruling of Loving vs. Virginia was announced, Chief Justice Earl Warren stated, “The freedom to marry has long been recognized as one of the vital personal rights essential to the orderly pursuit of happiness by free men…To deny this fundamental freedom on so unsupportable a basis as the racial classifications embodied in these statutes, classifications so directly subversive of the principle of equality at the heart of the Fourteenth Amendment, is surely to deprive all the State’s citizens of liberty without due process of law.” Jarringly, interracial marriage was technically still illegal in Alabama as late as 2000. While the state legislation was unenforceable by federal law, it’s shocking that the ban was upheld in a state constitution for as long as it was. Meanwhile, every other state had legalized interracial marriage over thirty years ago.

In a beautiful and highly relevant twist, the decision in Loving vs.Virginia was actually used as precedence (among several other cases) in 2015’s landmark Obergefell v. Hodges ruling, which declared same-sex marriages to be allowed under the Due Process and Equal Protection Clauses of the Constitution. Love continues to win!

Of course, in addition to the Lovings, there are several other interracial couples throughout American history to credit with paving the way towards a society that accepts interracial marriage. Leonard Kip Rhinelander and Alice Jones married in 1924, and once the marriage went public, Leonard’s white, well-to-do family ordered that he divorce his bi-racial wife. The entire trial (determined by an all-white, all-male) jury focused on whether or not Leonard could have known that his wife was mixed race. In an especially abhorrent move, Alice was even instructed to undress so that the jury could determine if she could easily be identified as (the court’s words at the time) “colored.”

As uncomfortable, disturbing, or painful as it may be to recount the darker side of history and inequality at times, studying history is essential to understanding human and societal behaviors (and most importantly, to ensure the darker times don’t repeat themselves). Looking back at the struggles and tough times makes us appreciate just how far we’ve come, and emboldens us with the hope and fuel to keep fighting. HelloPrenup is proud to support Black History Month, and to stand with all minorities all year long, day in and day out.