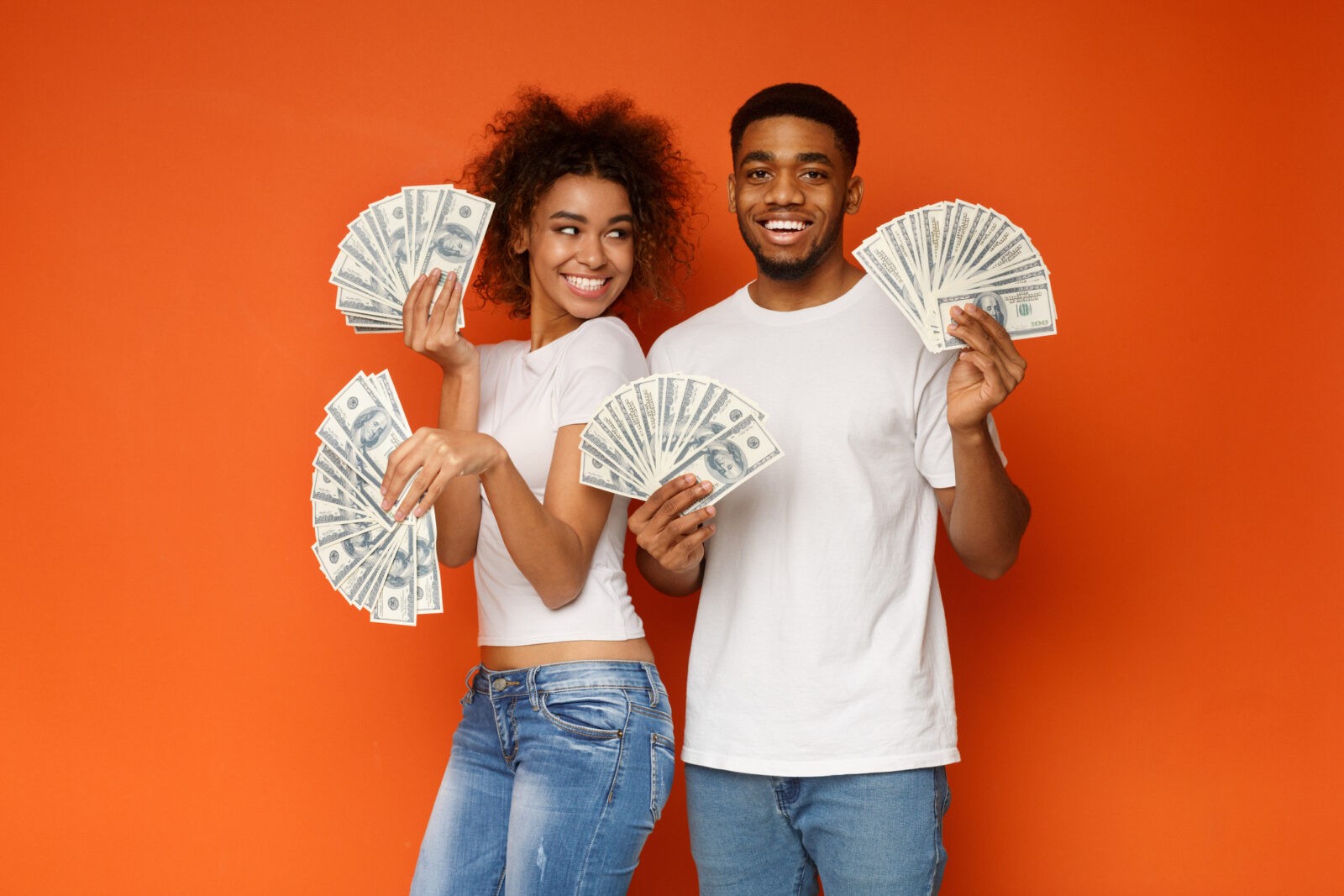 Prenuptial Agreements and Accrual of Debt

Dealing with Debt – Everybody’s Doing It!

Debt – just the word itself is enough to make us cringe!  A whopping 80% of Americans are caught up in some sort of debt – be it consumer credit card debt, student loan debt, a mortgage, or even sadly, thanks to our privatized healthcare system, significant medical debt. Seriously- 80%! Just think that out of every 10 people you encounter, 8 of them are fighting a battle towards financial freedom. Regardless of how you entered debt (doesn’t matter if it was via a shopping bender or a college education), the only thing that matters once it’s accrued is building a strategic plan to get out of it. However, getting out of debt can be an extremely emotionally-charged situation, often ridden with negative feelings of guilt, failure, stress, and more. Unfortunately, these feelings can be heightened when another person is involved in the debts. No, we don’t mean a deal with a shady business partner or taking on a Parent PLUS student loan – we’re referring to a fiancé or spouse.

The fact of the matter is, it can definitely seem intimidating to bring up financial matters of any kind to your significant other – and debt can be even harder to discuss. However, did you know couples who discuss money tend to have happier, healthier relationships? Once you break through the initial hurdle of beginning to talk finances with your partner, you can work to make it an regular discussion topic and a normal part of your relationship. If you’re planning to be married, a great first step to take to healthily manage debt as a couple is to construct a prenuptial agreement.

Yup, we said it and we meant it! Contrary to what popular culture might have you believing, a prenuptial agreement (often simply called a prenup) can actually be extremely healthy for a relationship. Prenups allow you and your significant other to plot out a course of action for  a worst case scenario situation (or, in other words, your marriage ending in divorce). So what does debt have to do with getting a prenup?

Well, though prenups can cover a wide range of areas, both financial and not always financial – there are plenty of opportunities to take debt into consideration when drafting up a prenup. First, ask yourself questions like the following:

Once you take a moment to consider these questions, talk the situation over with your future spouse. If this sort of conversation tends to cause issues or lead to fights, consider giving your future spouse a forewarning about what you want to talk about, and make sure to find a strategic time to have the discussion. The fact of the matter is, if you’ve decided to be together in the long-term with this person, finances are always going to be a relevant factor in your relationship. Therefore, the sooner you both adopt a healthy mindset surrounding money, and the even more stressful concept of debt, the longer you’ll be able to enjoy the company of one another throughout life. Money can be stressful, but it’s truly love that makes the world go ‘round, and we stand by that!

If you’re not on the same page about getting a prenup yet – start there in the conversation. However, if that decision has already been made, you’ll want to begin speaking to your different options to handle debt within the prenup. With a prenup, you have the ability to have the party who originally assumed the debt keep it to themselves, write one party’s debt off to the other person, or direct how you would like future marital debts to be split at the potential time of divorce. How does that work? Basically, a prenup consists of a series of clauses or provisions – basically just different points of a contract that each speak to a specific point. Prenups are completely customizable, and as long as they fall in the realm of legality, you’d be surprised about the sorts of things you can write into a prenup clause.

Let’s make a hypothetical situation here. Perhaps you don’t have any student loan debt yourself, but your spouse has a significant amount of student loan debt that, in the case of divorce, you’d rather not have to take on (seriously, paying for your own education is bad enough as is, who wants to take on the financial responsibility of another person’s? Probably not you!) If this is a concern of yours, you and your fiancé may want to consider including a clause in your prenup that specifies in the case of divorce, you would not be responsible for any of his, her, or their student loan debt, and they would continue to claim ownership over that debt.

Alternatively, if you have concerns about future debts that may be acquired, you can even write out clauses that split future debt a certain way, or direct it to one person. Perhaps the prenup could state that at the time of divorce, one party is responsible to pay all of the debt from one specific credit card, while the other party may be responsible for paying the debt on the other. You can also legislate that expenses like car loans, etc. go to one specific party. We truly cannot stress enough how customizable this process is – there are so many ways to split it. But what’s the benefit of going to all of this trouble to write about debts that you may or may not even have yet? Well, the reality of the situation is that most states hold equitable distribution laws when it comes to divorce, meaning that assets are attempted to be split “equitably,” but not always equally. Even in states that practice community property laws, this jumbling around of assets could leave you strapped with debt that wasn’t previously under your name. If you had the chance to avoid that possibility of debt accrual, wouldn’t you want to take it?

Though prenups are still quite stigmatized as a tool utilized by the elite and wealthy, they can demonstrate a significant number of benefits for the less wealthy spouse in the relationship, as well. Because alimony laws vary state-to-state, it is advisable to include a provision in the prenup stating that the spouse with more assets/a higher salary will be the one to pay alimony. Additionally, provisions about debt can be extremely imperative for the spouse with fewer assets. Not only can this perhaps alleviate some of the debt they are already dealing with (depending on how the clause is written), but it can also protect them from having to take the blow of acquiring additional debt that was otherwise avoidable.

In addition to the protections against accrual of debt that a prenup can offer, there’s additional positive news- prenups don’t have to cost a fortune anymore. Especially if you’re currently struggling with debt, the initial price of simply obtaining a prenup is enough to turn anyone off.  According to Business Insider, the cost of a traditional prenup could range from $2,500 to $10,000+ per partner, and remember that in the case of a traditional prenup, both partners must be represented by an attorney. Of course, the fees associated with obtaining these attorneys can vary astronomically – and it’s essential to keep in mind that virtually all of the time that you spend with them is on the clock/billed by the hour. The most finances and negotiations get involved in your prenup, the higher that bill is going to be.

However, there is a new prenup solution on the block! This one-of-a-kind platform is the first to allow you to create a prenup completely online that is customized to the unique situation of you and your fiance. With an intuitive user interface and the implementation of detailed questions, HelloPrenup allows users to “opt-in” using important clauses that address issues like dealing with debt, pre-marital property, martial property, inheritance, spousal support and more. Plus, an Issue Identifier step takes the place of lengthy and costly negotiations, instead simply informing you of areas where you and your fiance may differ, and building a plan to walk you through these discussions. An added but very important benefit to HelloPrenup? HelloPrenup charges a base price of just $599 per couple, as opposed to thousands of dollars using a traditional attorney.