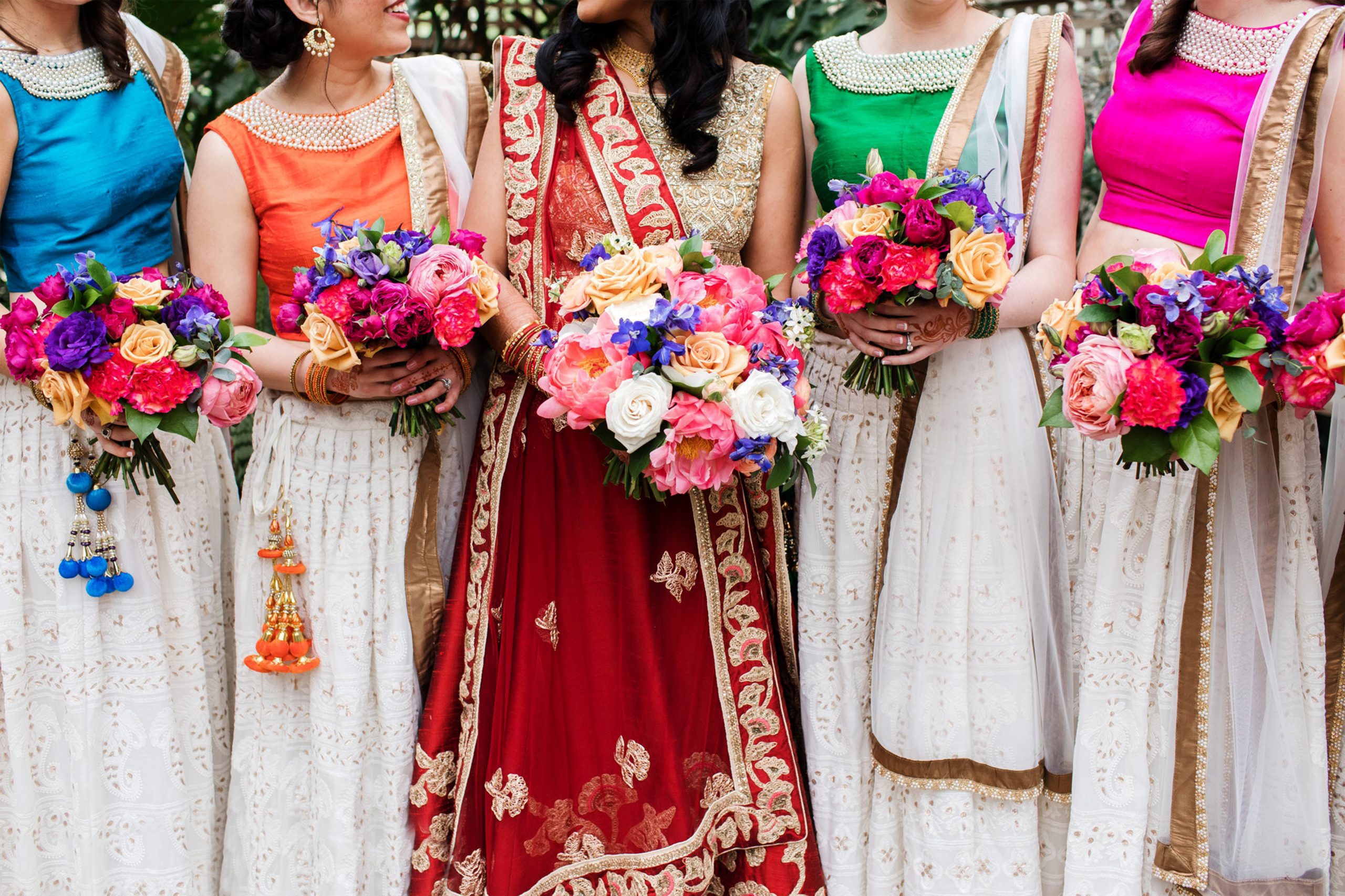 Wedding Customs (and Prenups) Around the World

A Brief History of Marriage (In Our Society)

The institution of marriage has been around for about 4,350 years. It came with the advent of agricultural societies, in response to the need for more stable living arrangements and for a clear framework to facilitate generational transfer of property. Fathers would commit their daughters to a suitor for the purpose of ensuring legitimate offspring and therefore keeping land within a family. Divorce was permitted if the wife did not produce offspring; her husband could ‘give her back’. Fidelity was, shall we say, more loosely-defined than today. Ancient Hebrew men were free to take multiple wives, and ancient Greek and Roman men had no qualms about satisfying their sexual appetites with concubines or even young male lovers (The Week, 2015).

Religion became involved later. Marriage would be considered a sacrament in the Catholic church by the eighth century, and improved conditions somewhat for women by morally compelling men to remain sexually faithful and by no longer permitting men to divorce their wives (The Week, 2015).

Romantic love as a motivation for marriage began to gain popularity in the middle ages, and when women later won the right to vote, the concept of marriage underwent its next great overhaul: up until that time, a husband owned his wife. With women’s suffrage, women were considered full citizens; marriages were suddenly made up of two full citizens, instead of one as an extension of the other. It was not until the 1970s that marital rape became illegal in the USA; this shift represented a massive mindset shift in that previously a man was seen as owning a woman’s sexuality, such that sexual coercion within marriage would not have been seen as rape. Although today marriage is seen as a relationship primarily aimed at the happiness and fulfillment of two individuals, this perception is really still extremely new. Read about a brief history of prenuptial agreements here.

As you can see, marriage in our society has gone from being a practical and unequal matter to an institution based on love, equality and the pursuit of happiness. However, perceptions and purposes of marriage vary widely around the world, as do wedding customs and traditions. Let’s have a look at some fascinating wedding customs from around the world.

Related: Read about a little Buddhist advice on relationships here.

Indian weddings are famous for employing a range of colorful rituals. Since India has over one hundred languages with at least 10,000 native speakers (PTI, 2018) + over 2,000 ethnic groups (Wikipedia, 2021), wedding traditions are incredibly diverse and can vary not only from region to region but even from town to town. In stark opposition to our one-day weddings in the US, most weddings in India last three days (Bride Box, 2015).

Haldi Ceremony: In many Indian weddings, a paste concocted of turmeric and some aromatic ingredients such as rose water or sandalwood are smeared all over the face and neck of the bride and groom. This tradition is intended to bless the couple (Bride Box, 2015) and ward off evil spirits; after the haldi ceremony, neither is permitted to leave their home until the wedding (although nowadays haldi ceremony is conducted in the wedding venue rather than in one’s home). Additionally, the golden color of turmeric is considered auspicious, and turmeric is also considered to have cosmetic value in fighting blemishes and making the skin glow, making it ideal for pre-wedding use (Kaur, 2021).

There is also a superstition that anyone who touches Haldi paste will soon find an attractive partner. If the bride or groom applies haldi paste to the faces of their unmarried friends, it is said to hasten the arrival of their friends’ marriages (Kaur, 2021).

Misri: Some days before the ceremony, the couple comes together to exchange gold rings, flower garlands, and say prayers. The parents of the groom bring a basket of gifts for the bride, including rock candy to symbolize sweetness in the future (Bride Box, 2015).

Sangeet Party/Mehendi Ceremony: Often combined, these two events consist of song and dance + drawing henna tattoos on one another’s hands and arms. The intricate designs of the henna are intended to symbolize the deep bond between the marrying couple. These events are exclusively for the women on both the bride’s and groom’s sides.

Indian weddings are colorful and exciting affairs often glamorized in the media. However, one downside of Indian wedding culture is that premarital contracts are not legal. This is because marriage itself is not seen as a contract, and therefore a prenuptial agreement (which is based on the idea of marriage itself as a contract) is not valid (Chakravorty, 2021). Unfortunately, this often causes problems for couples who combine their assets and later decide to separate.

Not related but still helpful: Check out our prenup clauses.

Thought 3-day Indian weddings were long? Think again. Many traditional Jewish weddings last one week (in accordance with Jewish law), and in Jewish communities in Yemen, traditional wedding proceedings go on for six weeks with unique rituals and traditions every shabbat (Friday-Saturday evening) during that time period. Yemenite Jews also do not exchange rings–instead, the groom gives the bride a coin to cement the marriage (Posner, 2021).

Henna 2.0: Like Indians, Jews living within Arab lands and cultures traditionally partake in a henna ceremony of their own, laden with symbolism of a completely different nature. In Jewish cultures there is a heavy degree of symbolism attached to Hebrew letters. In this case, The three letters that spell out henna (חנה) are regarded as an acronym for the three mitzvot (commandments) of particular relevance for married women: ח (doesn’t exist in English, transliterated as ‘ch’) stands for challah (ensuring a kosher home), נ (nun, pronounced like n) stands for niddah (laws governing family purity) and ה (pronounced like h) is for hadlakat nerot (lighting candles before Shabbat and Jewish holidays (Posner, 2021).

Separation and Veiling: Many Ashkenazi Jewish couples do not see each other for a week before the wedding, up until the badeken, or a ritual in which the groom covers the face of his bride with a veil (a ritual undertaken by many Jewish groups from around the world) (Posner, 2021). There are many different interpretations for the symbolism of this ritual. One harkens back to biblical times, when Jacob was tricked into marrying the older and less attractive sister (Leah) in place of his intended bride (Rachel). Therefore, the groom must double-check that he is marrying the right woman by seeing her without a veil just before the wedding, and then veiling her himself. The veil itself can signify modesty, and also symbolizes that the groom is marrying his bride not based solely on physical appearance but also for her inner beauty (Cinnamon, 2014).

Jews have been getting prenups for centuries. The traditional Jewish prenup is their version of a premarital contract; it is an official document outlining what responsibilities the husband has towards his wife as well as what the wife is entitled to in case of divorce (Robbins, 2020).

Not really related but still useful: Not sure what something in your prenup means? Check out our prenup encyclopedia.

Henna 3.0: Guess what? Arab cultures from Saudi Arabia to Palestine also paint their hands with henna before a wedding! Treated somewhat like a bachelorette party, Arab henna nights occur about two weeks before the wedding (AlArabiya, 2021).

Qiran Union: This is an Iraqi wedding tradition, denoting the religious wedding that occurs prior to the ceremony. In it, rather than the couple themselves engaging in a marriage ritual, the groom joins hands with his father-in-law in the presence of two witnesses + a religious representative in order to make the martial union official (AlArabiya, 2021).

Zaffe: The Zaffe is a traditional wedding dance especially popular in Lebanon. In Beirut, a troupe of dancers performs the Zaffe at the wedding ceremony before the couple enters the space. Then, the Zaffe dancers sometimes carry the bride into the space on their shoulders (AlArabiya, 2021). Sounds like fun!

Separate Halls: In many Islamic cultures (such as in Saudi Arabia), men and women celebrate in separate locations, with the bride and groom only together during the Zaffe. Since they are only in the company of other females, women at these weddings wear extravagant and colorful outfits rather than the traditional abaya (cloak) (AlArabiya, 2021).

Although prenuptial agreements are not common in Arab societies because they are historically not a part of Islamic culture, today they are becoming more common. The story of a Saudi woman demanding a car in a prenuptial agreement in 2017 went viral, for example (Toumi, 2017). The Imam of the Dallas Central Mosque in Texas recommends that all Muslim couples get prenuptial agreements. They can even do so in the context of their own culture by including clauses about their responsibilities in marriage according to their religion and background (Sound Vision, 2021).

4,350 years is only a tiny fraction of our two-million year history as a species. As far as institutions go, in the grand scheme of things marriage is still brand new, and we are still figuring out how to refine our perceptions and experiences of marriage. Prenuptial agreements can be thought of like a modern innovation on an institution we are still fine-tuning. Marriages in our society used to be more flawed in terms of unequal power dynamics and often ended in total disaster in the case of relationship breakdown; a premarital contract helps couples to discard the stress of worrying about what will happen if things change later on down the line, and it can help to equalize power dynamics and ensure fairness.

Who is HelloPrenup anyway? Learn about us here.

AlArabiya News. 2015. From Henna to Honeymoon: Wedding Traditions in the Middle East. Retrieved from: https://english.alarabiya.net/variety/2015/08/06/From-henna-to-honeymoon-Wedding-traditions-in-the-Middle-East

Chakravorty, A. 2021. Prenuptial Agreements in India. Retrieved from: https://www.indiafilings.com/learn/prenuptial-agreements-in-india/

Kaur, J. 2021. Significance of ‘Haldi’ Ceremony: 10 Reasons Why it is Important for Soon-to-be Bride and Groom. Retrieved from: https://www.bollywoodshaadis.com/articles/significance-of-haldi-ceremony-in-indian-weddings-3198

Posner, M. 2021. 11 Unique Jewish Wedding Customs from Around the World. Retrieved from: https://www.chabad.org/library/article_cdo/aid/5185469/jewish/11-Unique-Jewish-Wedding-Customs-From-Around-the-World.htm

The Week Staff. 2015. The Origins of Marriage. Retrieved from: https://theweek.com/articles/528746/origins-marriage