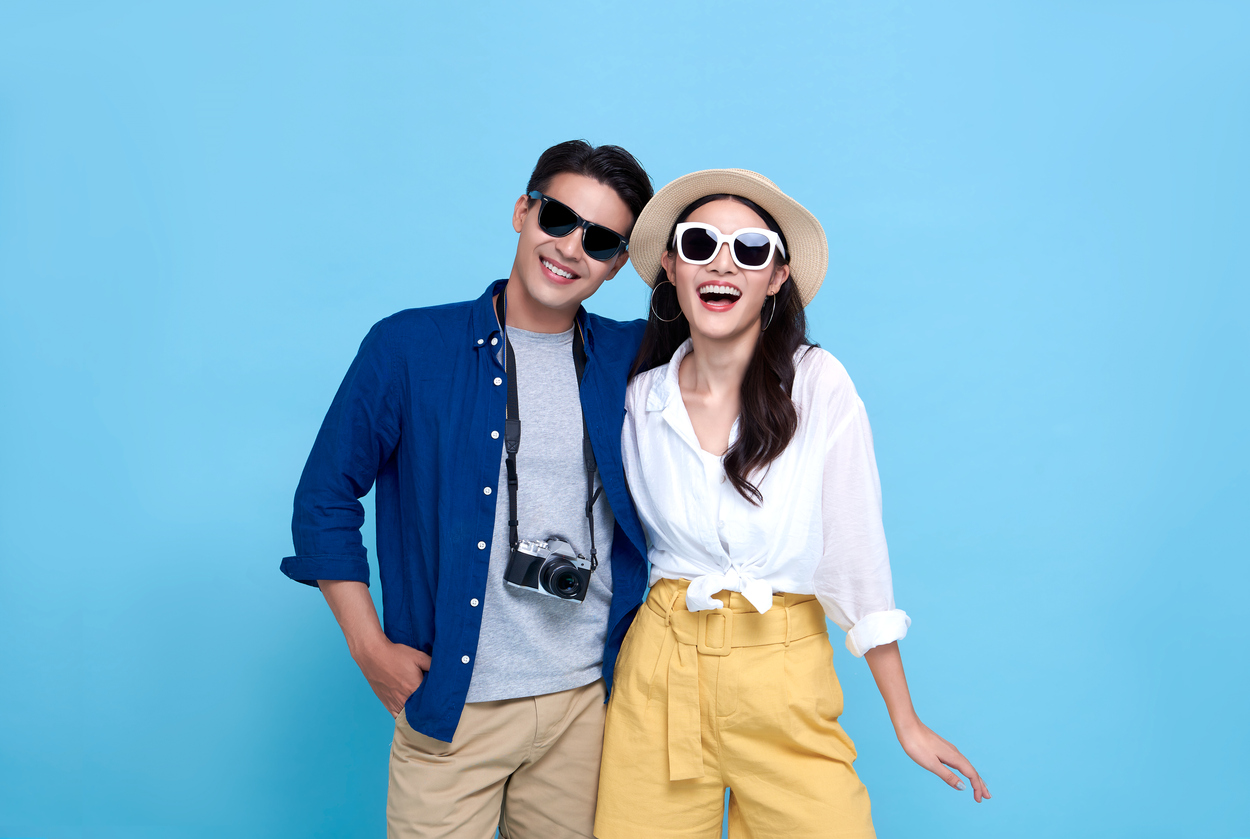 Be a Master (Not a Disaster) of Relationships (Use These Tools When Crafting Your Prenup!)

Attempting to improve the situation, he decided not to give anyone any advice until he had some definitive evidence on what works and what doesn’t. He then spent decades researching couples in his “love lab”. Years later, he has over 40 years’ worth of longitudinal data on couples.

Gottman can predict with 91% accuracy whether a couple will get divorced or stay together over the next seven years. Aside from having this as a cool party trick to show off, he has isolated what makes relationships work and what makes them fail (or in his words, what separates the masters from the disasters). Read on to see a few of our favorite Gottman-inspired pieces of relationship advice, + how to use them to skillfully navigate all things prenup.

It’s hardly an exaggeration when we say that repair after a conflict is everything. The amount of conflict present in a relationship is actually not as strong a predictor of relationship satisfaction as how a couple repairs after a conflict. A couple that fights often but repairs well is likely stronger and happier than a couple that fights less but suffers lasting damage due to their failure to repair (Gottman, 2015).

In fact, studies show that a couple who just experienced a successfully-repaired conflict is actually stronger at that moment than a similar couple who didn’t just have a conflict.

To visualize this principle, imagine a metal pipe which breaks but is then welded back together. It is of course stronger at that welded point than at a normal unbroken point. Strangely enough, couples are the same way.

So, what does it actually mean to repair? Let’s say your fiancé is grumpy after a night of bad sleep, and she rolls her eyes when you ask her yet again not to let the garbage overflow before taking it out. She snaps at you with a curt “yes, I do know that” and so begins a terse breakfast of croissant, eggs, and dirty looks.

The conversation has soon evolved to a tit-for-tat survey of each of your weak points when it comes to completing domestic chores. At some point, it occurs to you that this discussion is not accomplishing anything constructive, so you decide to try a repair attempt.

Abruptly, you pause, look your fiancé in the eye, and say in a whin-ey tone “this is du-umb” in imitation of her favorite nephew when he doesn’t want to do something. She recognizes your repair attempt, takes a breath, and sits down. “I’m sorry” she says gently–another repair attempt.

A repair attempt can be something silly like a funny gesture or an inside joke, or something as blunt as an outright apology. It’s any attempt to stop the cycle of negativity in its tracks and re-route the interaction (Gottman, 2015).

However, repair attempts don’t always work. If a couple has gone into a state of negative sentiment override (NSO), they may not recognize or respond to one another’s repair attempts (Gottman, 2015). In NSO, couples are suspicious and mistrustful of one another’s motives and prone to zooming in on the negative aspects of their relationship while ignoring the positive.

So, part of being able to skillfully repair happens in the moment, by making and responding to repair attempts. However, ability to repair is also dependent on the amount and intensity of positive interactions vs. negative in the relationship overall. (Gottman, 2015).

You and your partner are on a game show competing against two other couples. The host sits you and your partner down in separate rooms to answer a series of increasingly complex questions about each other. Whichever couple is shown to have the most extensive knowledge of one another will win $1 million. Will it be you?

The show starts with basic questions like favorite colors, pet peeves, and food preferences. Soon it moves on to names of important exes, childhood experiences and traumas, and questions about family members. At the most advanced level, questions cover hopes and dreams and how they’ve changed and evolved over time, core principles and values, and innermost fears.

How well-versed are you in your partner’s inner world? If you’re able to confidently and correctly recall information on the topics listed above, congratulations! You have probably built a decent love map of your partner.

A love map is a set of knowledge about your partner’s likes and dislikes, preferences, triggers, desires, values, and everything else that makes them who they are (Gottman, 2015). Building a love map involves asking a lot of questions and observing your partner’s behavior. To start, try the famous 36 Questions that Lead to Love.

But just making a love map is not the endgame.

It’s easy to forget to actually utilize that love map. A speaker by the name of Dovid Goldshteyn illustrated this point with a relatable story. Usually, Dovid’s wife would pack their son’s school lunches, but this time Dovid decided to do it as a way to connect with his son. He knew how much his son loved Kiwi, so he lovingly sliced up the kiwi and fitted it into the lunchbox. “Thanks, Dad”, said his son, “but I like my kiwi cut in half, so that I can eat it with a spoon. You know, the way Mom does it.”

Of course! Dovid thought. He knew that. He knew that his son liked to eat his kiwi with a spoon; it was one of his son’s cutest habits. The fact that he knew it shows that he had included this quirk on his love map…but he hadn’t remembered to utilize the knowledge from his love map (Goldshteyn, 2017). Similarly, if you know a lot of things about your partner but you don’t take steps to actually show them how much you know about them, the love map is effectively just sitting in a closet gathering dust.

But, utilizing your love map is also still not the endgame.

Do you grow and change and maybe even change your mind throughout your life? Do your preferences and opinions shift with the ebb and flow of life’s circumstances? Well, it’s the same for your partner. Many couples who have been together for a long time eventually stop updating their love maps and assume they already know each other very well…but part of the beauty of being with someone long-term is that you get to watch them shift and evolve. That means constantly updating your love map by asking those deep, probing questions most commonly asked at the beginning of a relationship.

Couples who build, utilize, and update detailed love maps of one another’s personalities will create a strong foundation of deep understanding and love on which to build and sustain their futures together.

Jeremy was considering buying a used Honda coupe. The car seemed like a great deal since the seller, Phil, had only bought it a month ago and was offering a large discount because he was being transferred overseas. Jeremy loved the car’s handling and power, not to mention the state-of-the-art sound system. But before doing a deal, he wanted a mechanic to check the car.

“Why?” said Phil. “It’s really brand-new. It only has three hundred miles, and you get the manufacturer’s warranty.” “True,” said Jeremy, “but I promised my wife I wouldn’t buy a car without having it inspected first.” Phil gave Jeremy a withering look. “You let your wife tell you what to do about cars?” he asked. “Sure,” said Jeremy. “Don’t you?” “Well, no. I don’t—didn’t. I’m divorced,” said Phil. “Well,” Jeremy chuckled. “Maybe that’s why.” (Gottman, 2015, p. 115)

One of the most important parts of mastering relationships is allowing your partner to influence you. Some people fear that accepting influence means losing their identity; some people indeed do all but lose themselves by accepting too much influence. Each couple has to find their own sweet spot between codependency and rigidity.

Generally speaking, you shouldn’t compromise anything that’s a core part of who you are, but you should be flexible enough to try a new way of doing things at the suggestion of your partner at least some of the time. If you find yourself feeling that nearly every little modification your partner suggests is unwelcome, you’re probably not being flexible enough and could benefit from loosening your grip a bit.

Prenups: Arm Yourself With These Tools

When it comes to prenups, ability to repair (Tool #1) is absolutely essential when crafting your prenuptial agreement. Since you and your partner are not the same person, it’s natural that you’ll have some differences of opinion about one of the most important arrangements of your life. Some couples find this tricky to navigate, but those who are skilled at repair come out stronger on the other side and come to understand one another more deeply through the process.

Having detailed love maps (tip #2) is also a huge advantage in discussing prenuptial arrangements. In-depth love maps will help partners understand and anticipate each other’s needs; this can mean fewer surprises. On the other hand, if surprises do crop up, couples who are already practiced in updating their love maps will be less thrown off guard than those who have a fixed or immutable image of who their partner is.

Finally, being ready and even expecting to accept an appropriate amount negotiation from your partner is absolutely essential to creating a prenuptial arrangement you’re both happy with. The more willing to be flexible you both are while also knowing your limits, the more robust your agreement and by extension your relationship.

When you can quickly repair if tension arises, use your love maps to anticipate and understand one another’s needs, and accept influence where possible, you’ll navigate the prenup process with grace and ease.

Goldshteyn, Dovid. 2017. The Science of Love and Relationships. Retrieved from a 3-part Audio-Lecture series.