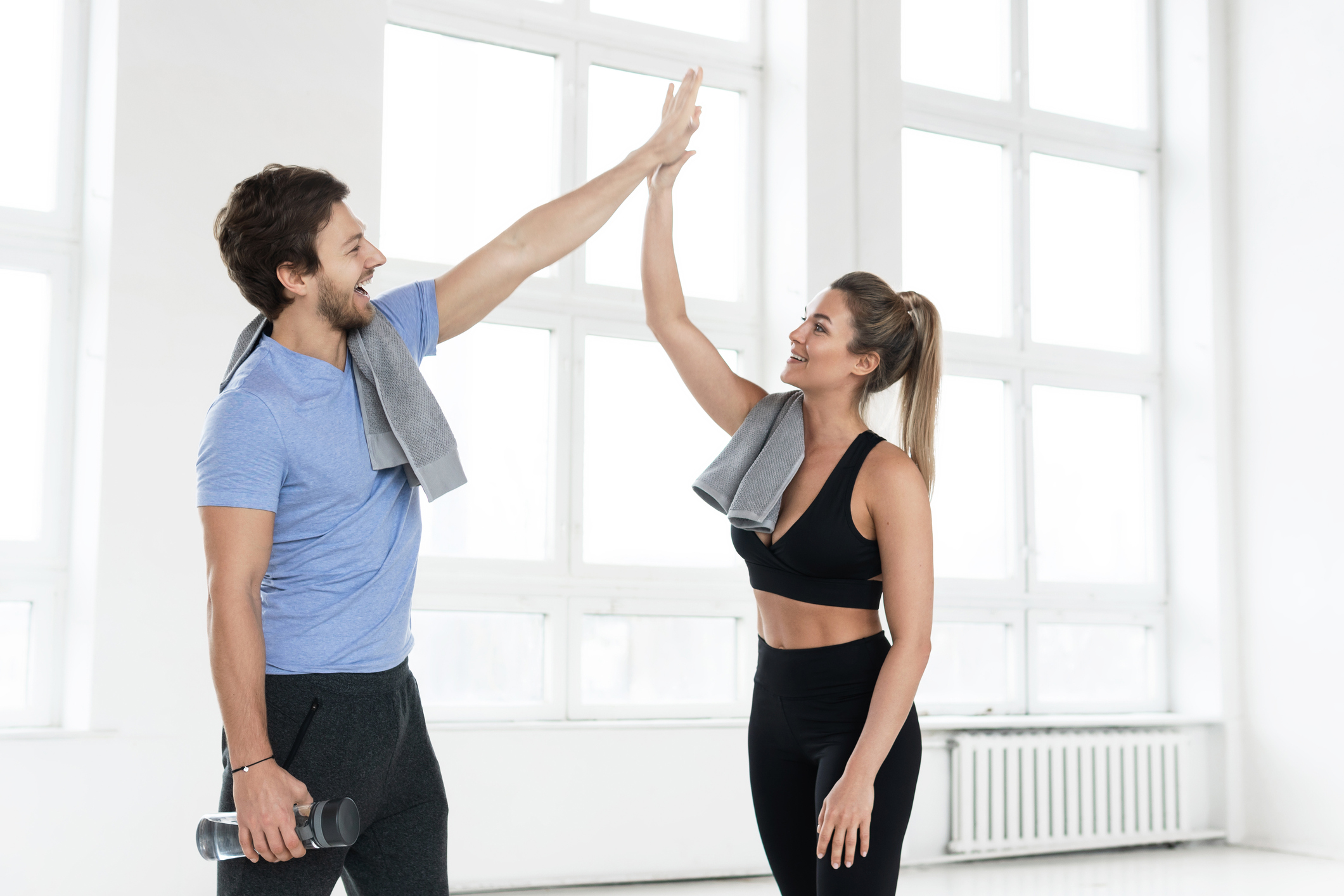 Group Dynamics 101: At Which Stage is Your Relationship?

You can probably recall with fondness how in each of your relationships, you began with a blissful phase of getting to know one another, discovering everything you have in common, learning all about your new partner’s fascinating inner world, and sharing yours…but soon enough, that feeling of having a perfect, shiny new toy gave way to a power struggle with a human being who actually turned out to be rather annoyingly imperfect after all. If you made it through that, the power struggle eventually gave way to other subsequent phases, as well. Congratulations, you’ve experienced a universal human process. Groups of every size (even as small as two) go through roughly the same four stages.

Understanding through which phase your relationship is passing in any given moment can help you make sense of the changing dynamics between the two of you. It also gives you a useful framework through which to put things in perspective and orient yourselves with an eye towards the future. Understanding these stages and how they relate to your relationship is also crucial in terms of choosing the correct time period in which to craft your prenup.

So, let’s take a quick look at the stages groups go through.

Forming is that first phase, mentioned in the beginning of this article. It’s the time period in which a group of people (including a couple) are just starting to get to know one another (Meadows, 2021). Boundaries are tested and then established, and the purpose, rules, and activities of the relationship become clear (Argyle, 1978). For example, during the forming phase you establish whether you are going to be a couple, friends with benefits, meditation buddies, a pick-up basketball team, or something else entirely.

Oftentimes, a leader emerges during the forming phase, and the group may become dependent on them (Argyle, 1978). In a couple, this dynamic can be healthy or unhealthy. In some cultures (particularly in the far east), hierarchical relationships in which each person knows and dutifully fulfills their role are seen as functional and harmonious. However, in some cultures or contexts, a hierarchical coupled relationship with a leader could be experienced as dysfunctional. Therefore, during the forming stage of your relationship it’s important to pay attention to whether a leader is emerging, what the boundaries of that leadership are, and if that’s something which is constructive or destructive to your relationship and to each of you as individuals. You also might find that the two of you share the leadership by assuming responsibility for different roles of approximately equal importance.

In stage two, storming, people resist the demands of the group activities, and conflict is pervasive (Argyle, 1978). Conflict may arise in relation to intimacy, finances, how to divide the domestic labor, whose night it is to rub whose feet, or your partner’s annoying habit of sleeping in a cocoon made from all of the blankets in the house. With you on the outside. Some of the conflict that arises during this phase may even be internal conflict as you struggle to work out your feelings about the relationship and your role in it. And Of course, internal conflict does tend to eventually be projected externally.

During the storming phase, conflicts are frequently not really about the issue at hand but are instead about establishing power and control in the relationship. For example, you may resist your partner’s requests not to get into bed in dirty socks not because you truly want to subject her to the aromas of your feet, but rather because you feel that acquiescing to too many of her little nagging demands might send the message that she’s in charge and you will capitulate to her every whim.

Although storming is a negative experience for most couples, it’s also the beginning of real intimacy (Meadows, 2021) and authenticity. It is normal, inevitable, and may be a good sign; it shows that your relationship is progressing and that you’re willing to struggle for it.

The third stage, norming, gives way to greater harmony in which a group or couple is more cohesive, disagreements are resolved, partners support one another, and a feeling of unification and cooperation develops (Argyle, 1978). You can take off your smelly socks before bed without worrying about the message it sends, and you’ve either bought more blankets or figured out how to share the cocoon. At this stage, you’re probably pretty relaxed around one another, and you’ve settled comfortably into your roles in the relationship. You have learned how to work together, solved most conflicts which can be solved, and you feel like a team when you interact with the world together.

This third stage is less chaotic and more stable than storming, but it comes with its own difficulties. Norming is the phase during which many people begin to feel that their relationship has become boring or lost its spark. However, this too is merely a station on the train line of human relationships. Stay on the train; such feelings can be addressed and do not have to spell the end of the relationship (Meadows, 2021).

In the final stage of this cycle, any lingering conflicts are patched up or managed effectively and the group’s energy is largely directed towards accomplishing the task at hand (Argyle, 1978). In a romantic relationship, most conflicts are actually repetitive and unsolvable. Nevertheless, unsolvable conflicts can be managed in a constructive way (Gottman, 2015) and this skill is largely cultivated during the performing stage.

For a couple, ‘performing’ usually means running their everyday lives together, planning for the future, and supporting one another’s long-term goals. It can include things like having kids, getting married, retiring, starting a business venture together, working towards other shared goals or simply living together while enjoying the life-enhancing effect of their partnership.

Not a Straight Line

The stages of relationships are not always linear. Throughout the course of your relationship, you will probably find yourselves occasionally going back to an earlier stage or skipping ahead to a later stage. Don’t let yourself be tricked into thinking that because you’ve already reached the performing stage, you’ll stay there forever. You will be especially likely to jump between stages when you throw a catalyst into the mixture—or in other words, when something changes or a new situation arises. Having a baby, for example, is likely to radically change the dynamics of your relationship (NCT, 2021) and catapult you immediately straight into the middle of an earlier or later phase.

Just in case you didn’t already put two and two together, performing is probably the absolute most ideal phase in which to craft your prenup together. Your prenup will be one of the most important documents of your life, and writing it can be a tricky process of trying to meet all of your needs as individuals even when some of them might seem mutually exclusive. Couples who have already reached the ‘performing’ stage are more likely to approach their prenuptial agreements collaboratively, and they also have a strong foundation on which to stand as they navigate disagreements.

While ‘performing’ is the best stage at which to write your prenup, ‘norming’ can also be an acceptable time if necessary. You’ll have already sorted out the lion’s share of your current power struggles, and you’ll have solved some conflicts together. Having already passed through such experiences will put you on relatively solid ground for making important decisions together.

A prenup should never, ever be written during the ‘storming’ stage simply because it will be nearly impossible to agree and may escalate into a major conflict. If you somehow manage to reach a final agreement at this stage, it will probably end up being a disastrous reflection of the worst sides of both of you…documented forever.

It’s unwise to write a prenup during the ‘forming’ stage for the opposite reason: The initial bliss of your new relationship may lead you to be too accommodating and overlook provisions you probably should make. Writing a prenup during the ‘forming’ stage would also be getting ahead of yourself. Although your chemical-laden, loved-up brain may try to convince you otherwise, it’s impossible at this stage to truly gauge whether you should be getting married to this person. However, that said, there is an important catch-22 here: If for one reason or another you do find yourself planning a wedding during the ‘forming’ stage of your relationship, it’s absolutely vital that you a.) write a prenup, period and b.) get an expert professional to help you with it.

Before you write your prenup, check in and ask yourself: At which stage are we, right now? Are we truly ready to do this? Is the current season of our relationship conducive to this discussion? Your future self will thank you.