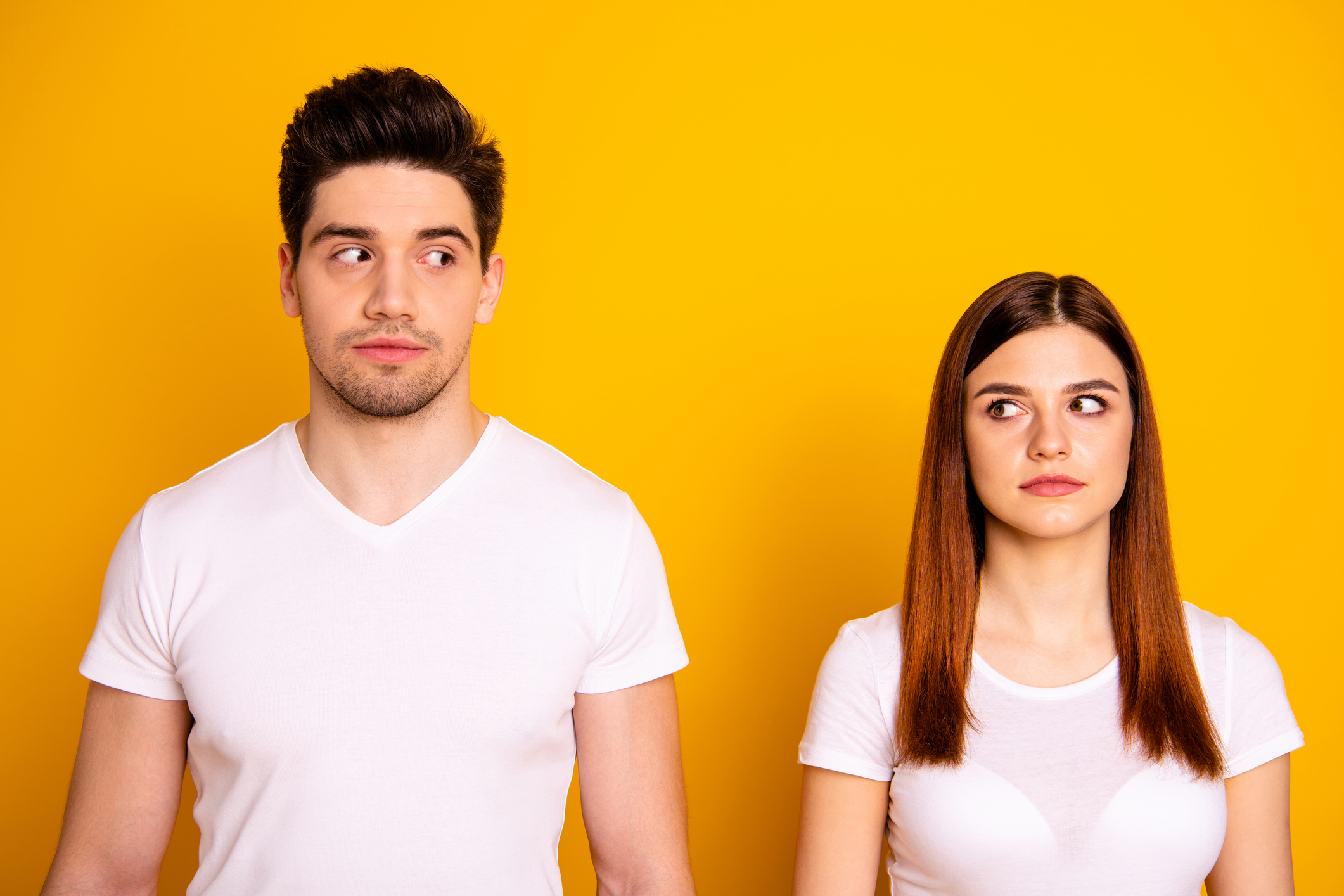 Should You Be Upset About a Prenup?

Prenuptial agreements get kind of a bad rep. Some people feel like it’s in poor taste to be planning for the end of a marriage before it even begins. However, if you’re faced with the prospect of a prenup, you may be feeling a weird mix of emotions ranging between utter despair and logical rationalism.

If your fiance(é) asks for a prenup, there’s no need to get upset. Prenuptial agreements are becoming more common, especially with millennial couples. A prenup can serve as a plan for your future, and there are plenty of benefits to consider before shutting it down altogether.

Throughout the rest of this article, I’ll give you some tips to help process the prenup proposition and explain how it can benefit both of you.

What Should I Do if My Partner Asks for a Prenup?

According to one marriage counselor, the common sentiment among couples when a prenup is mentioned is that one person is the pessimistic, cold, unromantic partner and the other is the trusting and romantic one.

The first thing that you should do is try to direct your feelings away from this viewpoint. Most simply, human thoughts and emotions aren’t that black and white. One person’s feelings about a prenup doesn’t automatically doom the relationship or mean that they don’t believe in you two as a couple.

It’s important to remember that you and your partner both have your own valid opinions and feelings, and before you make any rash decisions, you need to make sure that both of you feel heard. That will mean expressing your feelings and listening to theirs, even if you don’t agree.

What You’re Feeling is Normal

Before discussing how you should respond to a request for a prenup, it’s a good idea for you to understand that your initial feelings – whatever they are – are completely normal.

It’s okay to feel hurt, mad, upset, angry, or disappointed. It’s also okay to not know how you feel.

Most people have a similar initial response when one partner asks for a prenup unexpectedly.

Understand that your significant other may also be nervous or confused about a prenuptial agreement. Sometimes family pressure or misunderstandings can bring about the subject, but it will give you both the opportunity to understand prenups in a different light.

Make It a Two-Way Conversation

If your partner brings up the “p-word,” you should know that it doesn’t have to be (and shouldn’t be) a negative thing. Think of it as an opportunity to discuss some of the many uncomfortable – but important – topics that you need to cover before you tie the knot.

Prenuptial agreements can create clarity and understanding in areas where there is often a significant amount of confusion. Instead of not knowing, or assuming, what your partner’s finances, goals, and expectations for the marriage will be, a prenup can create structure and transparency.

Having a clear financial plan for your marriage, especially the early years, can benefit you both greatly and make you stronger as a couple. Think of a prenup as a way to lay out your wishes and work out the boring details before getting back to the fun decisions (like cake flavors and honeymoon spots!).

Prenuptial agreements are becoming more and more common, and there’s a reason for that. According to research that surveyed lawyers, five times more prenups have been drafted over the last two decades, primarily driven by millennials.

As a young (or young-ish) adult today, you’ve seen the realities of marriage and divorce. Not to mention that there are certain realities today that weren’t an issue for marriages in the past (student debt, women becoming higher earners, social media use, pet custody).

Plus, with platforms that allow couples to easily create prenups together using simple online questionnaires from home, it’s no wonder that more tech-savvy millennials are taking this step to protect their futures.

Many millennial couples want to continue to maintain separate finances after they get married, which means that a prenup may be required in states that will treat assets as marital property by default.

This can be true for couples that have assets and business interests as well as those who are entering the marriage without anything significant that they are looking to protect.

As more millennial couples are getting married later in life, they’re finding that they have more to lose and thus more to protect. (Hence the phrase: “fast sex, slow love,” coined by anthropologist Helen Fisher).This makes the prospect of keeping finances separate a smart idea and prevents potential issues later on.

Millennials are playing it cool, focusing on the long game – spending more time dating casually and focusing on building relationships before tying the knot. According to an eHarmony relationship report, millennial couples knew each other for an average of 6.5 years before getting married. That’s a year and half more than couples of all other age groups.

As a result, many couples are living as roommates for a long time before getting married. This makes for an easy transition into marriage with separate finances. A prenup will help keep your arrangements protected in the event that your marriage ends.

Prenups Can Make a Relationship Stronger

With all the talk about putting off marriage, keeping finances separate, and the rise of prenups, it can seem like millennial couples are blowing off getting married in favor of swiping left and right for the foreseeable future.

This represents a shift from earlier generations who got married right away to build their life versus today where getting married and having children are some of the last things that we do in early adulthood. It’s more important for millennial couples to have strong financial and relationship foundations to build on.

Once you’ve invested so much time preparing your life for a strong and successful future, it only makes sense to take steps to protect it. Though marriages are happening later, the divorce rate still continues to hover around 40-50%.

After spending literally your whole life up to this point building the kind of future you want, it’s important to “insure it,” so to speak.

Not to mention, that a prenup can make your relationship stronger. Financial issues are one of the main causes for problems in relationships. Having the deep discussions that surround a prenup will bring any potential concerns front and center so you can discuss them now rather than fighting about it later.

A prenup can actually build trust in your relationship. When you enter into a marriage focused on each other’s best interests, you’re starting your marriage in a better place than if you never discussed any of these issues at all.

Other relationship benefits can include:

Recognize That a Prenup is For Both of You

A prenuptial agreement isn’t one partner “doing something” to the other. It’s called an agreement for a reason – you both have to agree to it! Couples who successfully navigate the process of negotiating a prenup together come out on the other side feeling more confident in the relationship and more connected.

What feels better than being totally in sync and on the same page as your significant other?

Remember, a prenup is a legal document that protects the interests of both members of the couple. The purpose of coming to an agreement before getting married is so that the end result will be focused on equity and fairness, and an arrangement that is acceptable to both sides.

The alternative is to leave these important decisions to be made by antiquated state laws or a family court judge who doesn’t know anything about you personally or the dynamics of your relationship.

Not to mention, you never know what the future holds, and you shouldn’t cut yourself short. A prenup will ensure that neither one of you gets strapped with the other person’s debt, which is especially important when so many people are entering marriages with mountains of student loan debt.

The prenup will protect things like your retirement and any value that’s earned on business interests over the course of the marriage.

Remember, all marriages end, eventually. Whether it’s due to death or divorce, it’s up to you to decide how your important decisions will be made once your marriage is over. As someone who’s taken charge of their life up to this point, it would be silly to stop now.

It’s easier than ever to start the process. You can even draft a prenup together from the comfort of your home, rather than spending the time and money on an awkward visit to an attorney.

If your partner asks you for a prenup, your initial reaction may be to feel hurt or upset. However, if you take some time to think about it logically and rationally, you may quickly realize that there is no need to be upset. A prenup benefits both members of the relationship and will allow you to work out your expectations for the future together, laying a strong foundation for your marriage.