Minnesota midwestern charm is sure to make you think you don’t need a prenup but think again! Even in the beautiful and friendly state of Minnesota, prenups are always the way to protect your future self. Keep reading to learn all the requirements of a Min-ah-SOH-ta prenup.

Get Started on Your Minnesota Prenup!

The definition of a prenuptial, premarital, antenuptial agreement (yes, those are three names for the same thing) is a contract drafted between two soon-to-be spouses that are not effective until marriage. In Minnesota, courts refer to it as an “antenuptial agreement.” Minnesota’s antenuptial agreement statute and case law (a.k.a. common law) govern the laws in Minnesota pertaining to prenups and outline the rules and requirements for a valid agreement. The terms of a Minnesotan prenup agreement may include alimony, property division, gifts, inheritances, insurance policy benefits, and more. On the other hand, a prenup in South Carolina cannot limit or contract around child support or child custody.

What is required for a valid Minnesota prenup:

For a Minnesota prenup to be considered valid, you should consider the following:

What to exclude from your Minnesota prenup:

To make sure that your prenup comports with Minnesota law, make sure not to include…

A recent 2018 decision from the Minnesota Supreme Court created additional obstacles in creating a fair and valid prenuptial agreement. Husband and Wife were set to marry in the Cayman Islands. Husband spent months secretly preparing a prenup with his attorney. Three days before they were to depart for their destination wedding in the Cayman Islands, he presented the prenup to her and told her he would not marry her unless she signed it. Wife eventually found an attorney the day before leaving for the Cayman Islands. The attorney explained everything to Wife, and she reluctantly signed the prenup. They were married a few days later.

The prenup stated that each spouse shall keep their own separate property, waive the right to maintenance (i.e., alimony), and marital property (i.e., property acquired during the marriage) would be divided proportionately to the monetary consideration provided by each spouse. Husband and Wife eventually had one child together in 2008. Wife maintained Husband’s farm took care of the home and the child. In 2010, Wife filed for divorce and sought to set aside the prenup because it was unfair. Husband moved to validate the prenup, arguing it was fair.

In this case, the Minnesota Supreme Court laid out two tests for procedural fairness of a Minnesotan prenuptial agreement. The first test comes from the Minnesota statute in Section 519.11 when dealing with non-marital property in the prenup. The test requires (1) fair and full disclosure of both parties’ assets and (2) opportunity for both parties to get legal advice.

The second test comes from Minnesota common law and is applied to all other types of prenups, such as prenups dealing with alimony, marital property, etc. In this second test, there are four factors to be considered:

Since the prenup in this case deals with non-marital property, marital property, and alimony, the Minnesota Supreme Court applied both tests above and found that it failed on two factors: it failed to show adequate consideration and it was procured through duress. In other words, the court found the prenup was unfair and invalid.

The court reasoned that Husband’s timing of the prenup intentionally created a situation that coerced her into signing the agreement. All their family and friends had already booked flights, and she couldn’t get proper counsel before signing. Thus, the prenup was procured under duress. The court further noted that Wife waived alimony in the prenup, making it so one-sided that there was not adequate consideration. Essentially, Wife walks away from the marriage with almost nothing even though the farm she tended to for the past ten years was now worth a fortune. The Supreme Court of Minnesota said that was not a fair exchange.

What’s the bottom line for you to understand? First is timing, timing, timing. Make sure that there is adequate time before the wedding when delivering a prenup to your spouse (i.e., more than three days before you leave for the Cayman Islands to get married). This ensures the prenup is not procured under duress. Secondly, make sure to consult with legal counsel (more than one day before the wedding) so they can help write up a prenup with adequate consideration. Remember, adequate consideration means that the mutual exchange must be fair compared to the promise made in exchange for it.

How severe are procedural requirements in a Minnesotan prenuptial agreement?

Very. A prenup in Minnesota will be thrown out if not executed properly. In 2012, a couple signed a prenuptial agreement. They got married three days later. The agreement was notarized, but they did not have two witnesses’ signatures, despite two lines for witness signatures on the prenup form.

Husband filed for divorce in 2016 and sought to enforce the prenup. Wife responded by asking the court to set aside the prenup because it was not executed properly, thus making it invalid. The court agreed with Wife. According to the Minnesotan prenuptial agreement statute, both spouses and two witnesses must sign before a notary.

This decision happened after the Kremer case (see the Kremer case summary a few sections above), which created additional procedural requirements. It reiterates that the court will look at both tests. The statutory test with two prongs and the common law test with four prongs when analyzing the validity of Minnesotan prenups.

Moral of the story? The court will always invalidate a prenup created after 1979 if it does not meet all the above requirements. So, make sure you put the prenup in writing; both of you sign the prenup, along with two witnesses, and everything should be done before a notary.

Dissolution of marriage is the official term for divorce in Minnesota

Non-marital property means separate property that does not get divided in the divorce. In Minnesota, courts consider gifts, inheritances, property acquired before the marriage, or property purchased with these mentioned items, to be non-marital property, thus not subject to division. If this is not to your liking, you’ll need to specify it clearly in a legal document otherwise (such as in a prenuptial or postnuptial agreement).

Maintenance is the official term for alimony in Minnesota

Spousal support, maintenance, and alimony all mean the same thing: financial support ordered by the court to be paid by one spouse to the other. In Minnesota, alimony is known as maintenance. You may include provisions in your prenup limiting or eliminating maintenance. A Minnesota court may grant maintenance if it finds that either (1) one spouse lacks sufficient property; or (2) one spouse is unable to provide adequate self-support to the level of standard that was set during the marriage.

In 1997, the Supreme Court of Minnesota presided over a case about spousal maintenance. In Minnesota, courts must consider a list of factors when determining whether permanent maintenance is warranted. Those factors include financial resources of both parties, the time required to find appropriate employment, the standard of living during the marriage, length of the marriage, age of the parties, physical and emotional state of the parties, and more. (You can see a full list of the factors in Section 518.552).

Wife filed for divorce and requested spousal maintenance. They were together for twenty years but only married for two and a half years. Wife had a significant history of health issues, such as chronic pain and Lyme disease, but was doing good at the time of the divorce. Wife had also been out of the workforce for two years. Husband argued against paying permanent maintenance because the length of the marriage was so short. In addition, since she was healthy at that time, she could provide for herself.

The court agreed with Husband and declared that permanent maintenance was not appropriate. Instead, temporary maintenance for one year was a better option until Wife got back on her feet. The court reasoned that she could find work since she was feeling better now. She had only been out of the workforce for two years, which was not long enough to never be able to find a job again. Further, it didn’t matter how long the relationship was (twenty years), only the fact that the marriage was two and a half years long which was not long enough to warrant permanent maintenance. 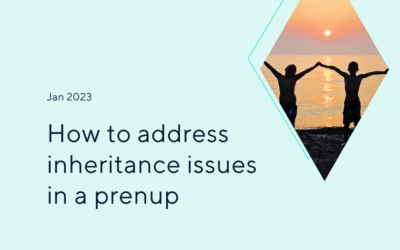 Ready to start your Minnesota Prenup?