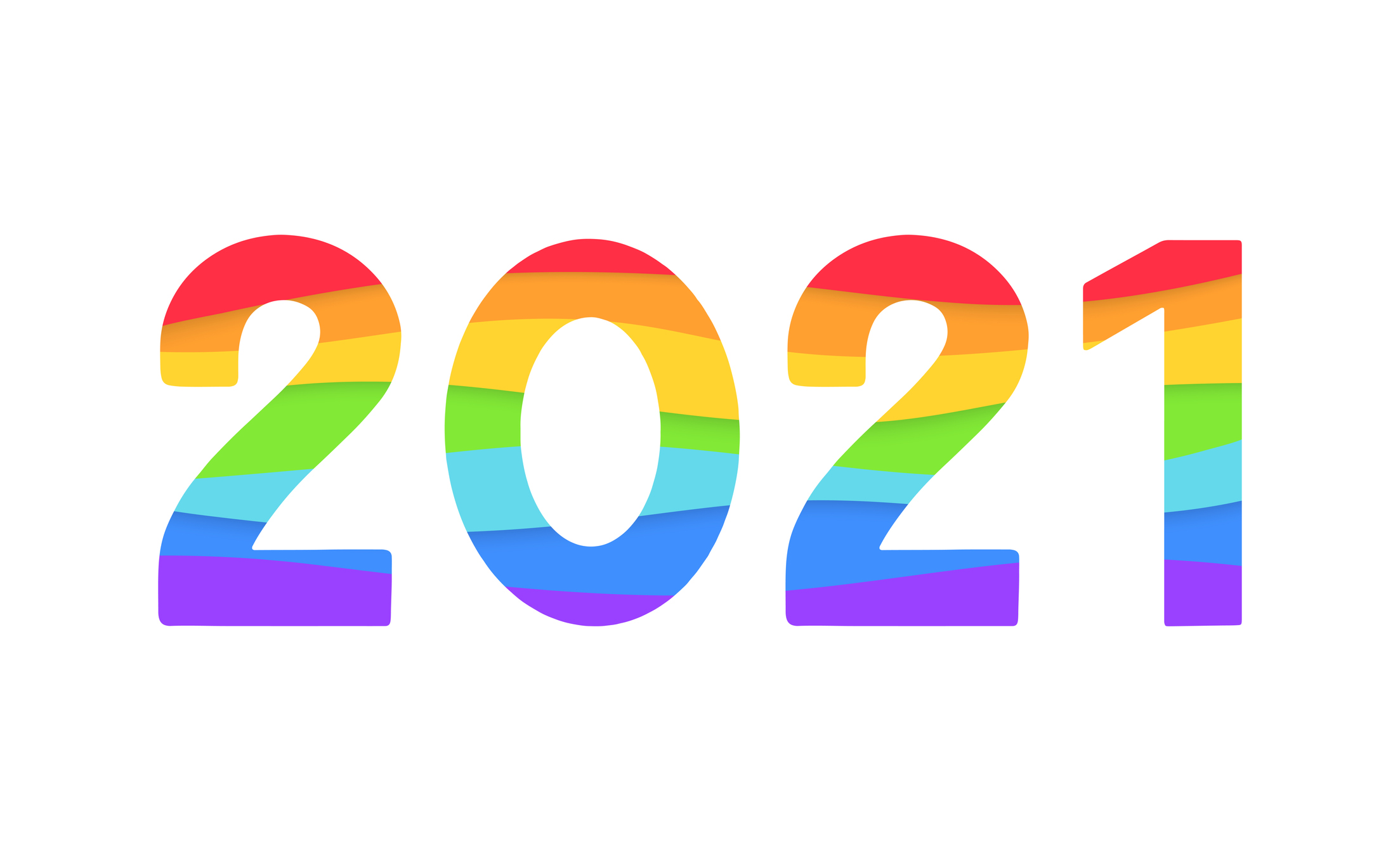 June is always a big month for the LGBTQ+ community throughout the United States – it’s Pride Month! Now that the pandemic is over, Pride is back in full swing for 2021, with the exception of some masks here and there. And if you don’t believe us, check out the Saturday Night Live skit. Like the sketch says, there’s lost [pandemic] time to be made up for this June, but just because Pride Month in 2020 couldn’t include the usual parades and public gatherings, doesn’t mean the time wasn’t momentous for the LGBTQ+ community.

On June 15, 2020 the Supreme Court made a historic ruling to officially make workplace discrimination against LGBTQ+ individuals illegal. Until this point, it was still legal in over 25 of the 50 states to fire an employee on the basis of being gay, bisexual, or transgender. Actually, the court ruled that this civil protection was ensured by the language of the 1964 Civil Rights Act, effectively making this discrimination illegal on a federal level. Considering the United States was still under the ultra-conservative Trump administration at the time, this progressive legislation felt especially impactful and triumphant.

Let’s dive into Pride month itself. It’s no secret of course that the LGBTQ+ community has undergone decades, if not centuries, of prejudice, ostracization, and hardship. Actually, the very first Pride Month can be traced back to the Stonewall Riots in New York City’s Greenwich Village – a stretch of days in late June of 1969 in which tensions spiked between LGBTQ+ patrons of the gay bar, the Stonewall Inn, and the New York Police Department. In response to police raiding the Stonewall Inn (which, interestingly enough, was owned by the mafia at the time, as police often raided bars catered to gay patrons, and the mafia were not afraid to toe the lines of legality). After multiple nights of escalating violence, and the NYPD even barricading themselves inside the nightclub at one point, the Stonewall Riots would go down in US history as the event that launched the ay Rights movement.

Sure enough, Pride Month takes place in June to commemorate this event. Feminist and LGBTQ+ rights activist Brenda Howard  had the title, “Mother of Pride” bestowed on her after organizing the first “LGBT Pride march” in 1970, just one year after the Stonewall Riots, while Minnesotan gay rights activist Thom Higgins is credited with having coined the phrase “gay pride.” To this day, LGBTQ+ individuals have to deal with guilt and shame for their sexual orientation. At the time these movements were being founded though, homosexuality and queerness was hyper-stigmatized by society, to the point that anti-LGBTQ+ discourse at the time commonly and openly equated these identities to mental illness. In other words, while the LGBTQ+ community faces stigma today, these stances of pride were especially bold and impactful to make in a time when society was so close-minded.

The Path to Modern Legislation

This brings us to another issue that’s close to our hearts at HelloPrenup, considering that we’re in the marriage business- the right to gay marriage, of course! Much like the path to cultural and societal acceptance of the LGBTQ+ community at large, these individuals had to fight for decades to be granted the right to legally marry. It was not until June 26th, 2015 that the Supreme Court decided in a 5-4 ruling that it was illegal on federal level for states to ban same-sex marriages. Even more noteworthy? This ruling came less than just 20 years after the “Defense of Marriage Act” was signed into law by President Bill Clinton. This law banned federal recognition of same-sex marriage, and officially defined marriage as “a legal union between one man and one woman as husband and wife.” Ironically, in the same year, Hawaii became the first state to recognize gay couples as being entitled to the same rights as heterosexual married couples when a judge ruled that the state cannot legally deny same-sex couples of the right to marry.

BTW – If you want to get a little emotional, tune into Halsey’s recent discussion with Bernie Sanders on protecting LGBTQ+ rights, and listen to the two discuss why Senator Bernie Sanders voted against the Defense of Marriage Act at the time.

So, what did long-term LGBTQ+ couples in the United States do before the 2015 ruling? In light of being unable to legally marry until 2015, many LGBTQ+ couples lived together in civil unions or domestic partnerships for years, or even decades, before legislation allowing marriage for these individuals was passed. You can think of civil unions as a sort of work-around that was created while same-sex marriage was still illegal. While civil unions granted same-sex couples the same rights and responsibilities of marriage at a state level, they did not offer any federal protection.

Meanwhile, domestic partnerships registries only exist in some states, and can greatly vary. This partnership is available to non-married couples who share a domestic life, but less than a civil union, and certainly much fewer than marriage.

But of course, LBGTQ+ history is rooted much further back. While Illinois was the first state to repeasl sodomy laws and decriminalize homosexuality back in 1961, a series of court cases following Stonewall that petitioned for gay marraige recognition/rights were overwhelmingly rejected. Descriptions of the blatant dismissal of some of these cases, as reported by The New York Times, are as follows:

Jack Baker and Michael McConnell asked the United States Supreme Court to declare that Minnesota’s failure to let the two men marry violated the Constitution. The court didn’t even hear arguments in the case, declaring the issue didn’t raise “a substantial federal question.”

When Marjorie Jones and Tracy Knight sued to get a marriage license, the court denied the two women’s request, declaring that “what they propose is not a marriage.”

John Singer and Paul Barwick cited Washington State’s new Equal Rights Amendment as a reason for requiring that state to allow same-sex couples to marry, but the court cited the Kentucky case in nonetheless rejecting their request.”

A Brief Look Into The Ancient History of Same-Sex Marriage

While it’s obvious that the United States has only begun to wrap its head around acceptance of homosexuality/queerness and gay marriage as a whole, these concepts are believed to have been commonplace in ancient societies. Evidence from Mesopotamia’s “The Almanac of Incantations” points to the acceptance of same-sex marriages, containing prayers that bless the union of male-male and female-female couples. That’s right – the cradle of civilization may have been more accepting of gay rights thousands of years ago than we are today!

Much later in societies like Ancient Rome and Greece, homosexuality makes appearances in the paintings, pottery, literature, and poetry of the time. There are even recordings of Roman emperors who had public wedding ceremonies with men. Particularly in these societies, while gay relationships seem to have been widely accepted, same-sex marriages were unfortunately more stigmatized, and even mocked by some writers. This is because at the time, marriage was directly correlated to the purpose of procreation.

Okay, back to the 21st century. As we mentioned at the top of the blog, it’s going to be a big year for Pride as the vaccinated LGBTQ+ community and allies take to the streets for safe  in-person gatherings.. If you feel comfortable in crowds once again and are eager to participate in Pride, delve into this guide from Mashable to see the Pride events happening in your city. If your city isn’t on the list, you can likely search Facebook or check out local publications for Pride events taking place in your area. Love is love, and chances are that there’s an opportunity in your area to celebrate that.

At the same time, while recognition of the LGBTQ+ community is vital and overall very positive, it’s especially important for the ally community to be vigilant of what’s come to be termed as “rainbow washing.” Rainbow washing is the practice of brands changing their logos/ products to appear to support LGBTQ+ communities, without actually doing any tangible work towards the cause. In fact, some of the big brands who’ve updated their social media icons with rainbow versions of their logos have actually donated millions of dollars to anti-LGBTQ groups. Remember to stay vigilant, and do your background checking before “voting with your dollar.”

At HelloPrenup, we strive to call attention to civil rights  injustices, and we are working to revolutionize prenups while removing the notions of class and gender privilege associated with them.