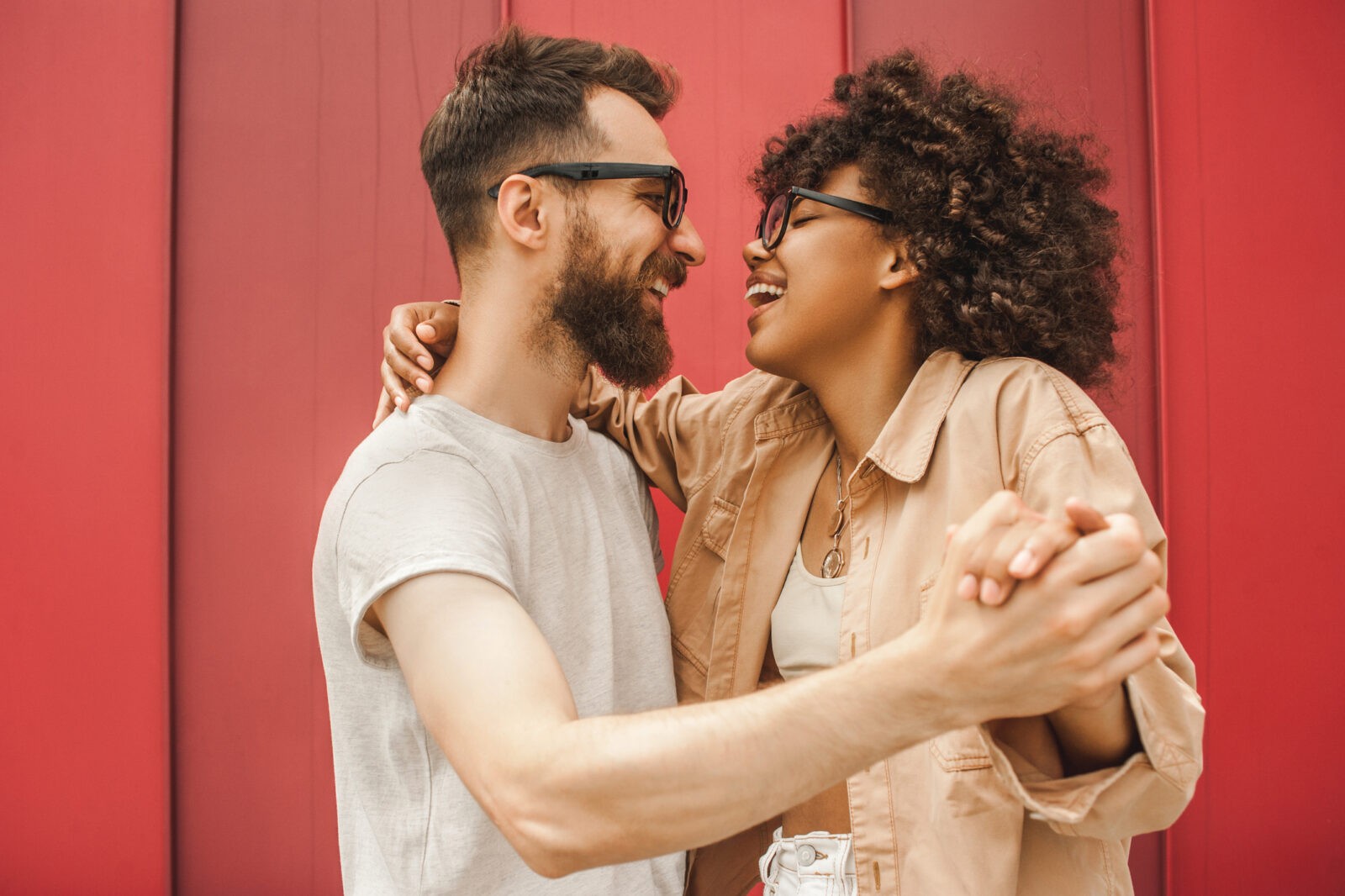 ABCs of an ANC Contract

What we mean to say is…

All About Antenuptial Contracts

The first thing you should know is that like any other contract, an antenuptial contract is formed between two parties, and must meet certain requirements to be able to hold up in a court of law. Traditionally, the contents of this legal document is drafted by legal counsel, each representing one party. The issue with this traditional method, and perhaps why it has deterred so many for so long, is that it’s not only extremely time-consuming, but it can be relatively expensive, as well. Keep in mind that since most attorneys charge by time, the more negotiations that take place to hammer out a contract that both parties agree upon, the higher the expense to you, the person actually being affected by the p. To ensure that your antenuptial contract will hold up in a court of law, though, you need to be familiar with the specific laws in your own state when it comes to divorce hearings and antenuptial agreements. States will frequently require that the parties involved in the contract can prove that they had ample time to seek legal counsel. For this reason in particular, it is advisable to complete an antenuptial agreement with plenty of time in advance to the actual date of a wedding.

What An Antenuptial Contract Can (and Can’t!) Do

Okay – so now that we’ve got the definition sorted out, let’s get into what an antenuptial contract may or may not be able to do. Remember, an antenuptial agreement is a legal doctrine, meaning that it will contain various clauses (also called provisions) to speak to various terms of the agreement. The idea is that an antenuptial agreement will lay out various agreements between the two spouses joining in matrimony, or, to say a bit more colloquially, getting married. Having a valid prenup essentially overrides the need for any sort of complicated divorce trials. Instead of having to negotiate which spouse will acquire/lose which of their assets via a lengthy trial, an antenuptial agreement basically allows you to settle those terms before the marriage even begins. This will not only almost assuredly save on money in the long-run, but it is no surprise that divorces can get emotionally messy to say the least. Instead of having to deal with financially impactful decisions when you’re already burdened with heartbreak and likely some emotional turmoil, an antenuptial contract enables you to settle things on your own terms (the things that your future spouse agrees with, at least) through a clear, healthy mindset.

To better explain the benefit of an antenuptial contracts, a good comparison to draw is between these contracts and something like your spouse’s life insurance policy. In both cases, you hope that you never necessarily have to put these plans into action. However, if the worst case scenario were to ever occur (in the case of a prenup – a divorce; or in the case of a life insurance; an untimely death), you can rest assured knowing that you are financially protected, giving you a bit more capacity to focus on emotionally dealing with these sorts of events, instead of additionally stressing about the financial toll.

Before we talk further about antenuptial contracts themselves, it’s important to understand the basics of how a divorce proceeding will ensue without the institution of an antenuptial contract. This is dependent on which state you live in, because in the United States, every state employs either equitable distribution or community property. 41 of the 50 states are considered equitable distribution states. In these states, assets are divided fairly in cases of divorce. However, dividing assets equally is not prioritized, which means that several factors of the marriage are taken into account when distributing assets. Alternatively, the practice that the other nine states employ, community property, prioritizes the equal distribution of assets, pretty much mandating a 50/50 split of the community assets of a marriage.

So, what can you write into these clauses? The great thing about antenuptial agreements is that sky really is the limit. Of course, everything agreed upon in the document has to be considered legal in order to be a valid contract. Additionally, antenuptial agreements cannot legislate anything about childcare or custody. They can, however, cover issues like inheritance, debt, division of marital assets, and so much more. Some of the more extreme antenuptial clauses that you may have heard about typically come from celebrities, including the likes of the Hugh Hefner, Beyonce, Mark Zuckerberg, and many more. The clauses that go famous from celebrities are typically lifestyle clauses. Unlike the standard clause that outlines financial agreements between the two parties, lifestyle clauses are rooted in behavior. However, they can have financial penalties if these behaviors are failed to be followed. Some antenuptial agreements among the stars can even be used to encourage good behavior. Take superstar couple Nicole Kidman and her cowboy casanova husband, country star Keith Urban, who went through with an antenuptial contract before getting married in 2006. Based on the contract, Keith Urban is set to receive $640,000 annually from his wife throughout the duration of their marriage. But, here’s the catch for good behavior; since Keith Urban is a recovered cocaine addict and has now been sober for a decade, the couples’ prenup apparently states that if Urban begins using again, he will lose claim to these annual earnings. Not a bad idea!

You can even incorporate a clause into your prenup to agree that you and your spouse are going to share a joint bank account. Additionally, your antenuptial contract can even detail that a specific portion of one or both spouse’s income(s) be deposited in this account every month. Joint bank accounts have benefits that extend beyond just making sure that the wealth is shared, too. They can help couples keep an accurate and clear read on their financial situation, how money is spent, and how it is saved. Keeping funds in a joint account makes it a bit easier to budget as a family unit, and to even identify areas of improvement over time. Plus, in the case of an emergency, a joint bank account makes it easy for one of you to manage the household expenses and finances if the other falls sick, etc. This is a great example of couples leveraging an antenuptial contract to get their relationship off on the right foot and succeed in financial wellness that not only promotes trust and transparency for couples but makes them stronger for it.

While money has long been thought of as a relatively taboo subject for far too long, collaboration and open discussion on the topic is an integral part to a healthy and happy marriage. HelloPrenup allows you and your fiancé to work on your prenup as a team.

– rather than feeling as if you’re going head-to-head in a legal battle with your future spouse. The HelloPrenup platform prioritizes communication and was designed with ease of negotiations between couples as a top priority. The drafting process includes an “Issue Identification” step, which allows you and your partner to spot any inconsistencies in your answers, and resolve them before you finalize the process. Without a doubt, the realm of legal jargon can be confusing and even anxiety-inducing. HelloPrenup simplifies the antenuptial contract process in an efficient way, that still allows you to seek legal counsel should you need it.

Delve into HelloPrenup’s “FAQ”, “About Us”, and “How It Works” pages to gain a better understanding of the process, what they can and cannot include, HelloPrenup’s creation process, and why we are the clear choice when it comes to drafting your antenuptial contract efficiently, at a fair price, and in way that will empower your relationship.

How to Handle Division of Property in a Prenup

Division of property is like the main course of the prenuptial agreement. With a side of alimony and debt allocation, and an infidelity clause for dessert, you have a full-course meal! Don't forget the appetizers: a small bite of negotiations and a shareable plate of...

Understanding the Impact of a Prenup on Retirement Accounts

Maybe a retirement account is where the majority of your net worth lies. Or maybe you just have a big chunk of money in there. Or maybe you want to retire early (good for you)! Whatever the reason is, you probably want to protect your retirement fund. We totally...

There are some questions we tend to see over and over about prenups. So, we scraped them all together in this article and gave you a straight-shot answer, once and for all. If you have a question that you don't see here, feel free to reach out to our team and ask...