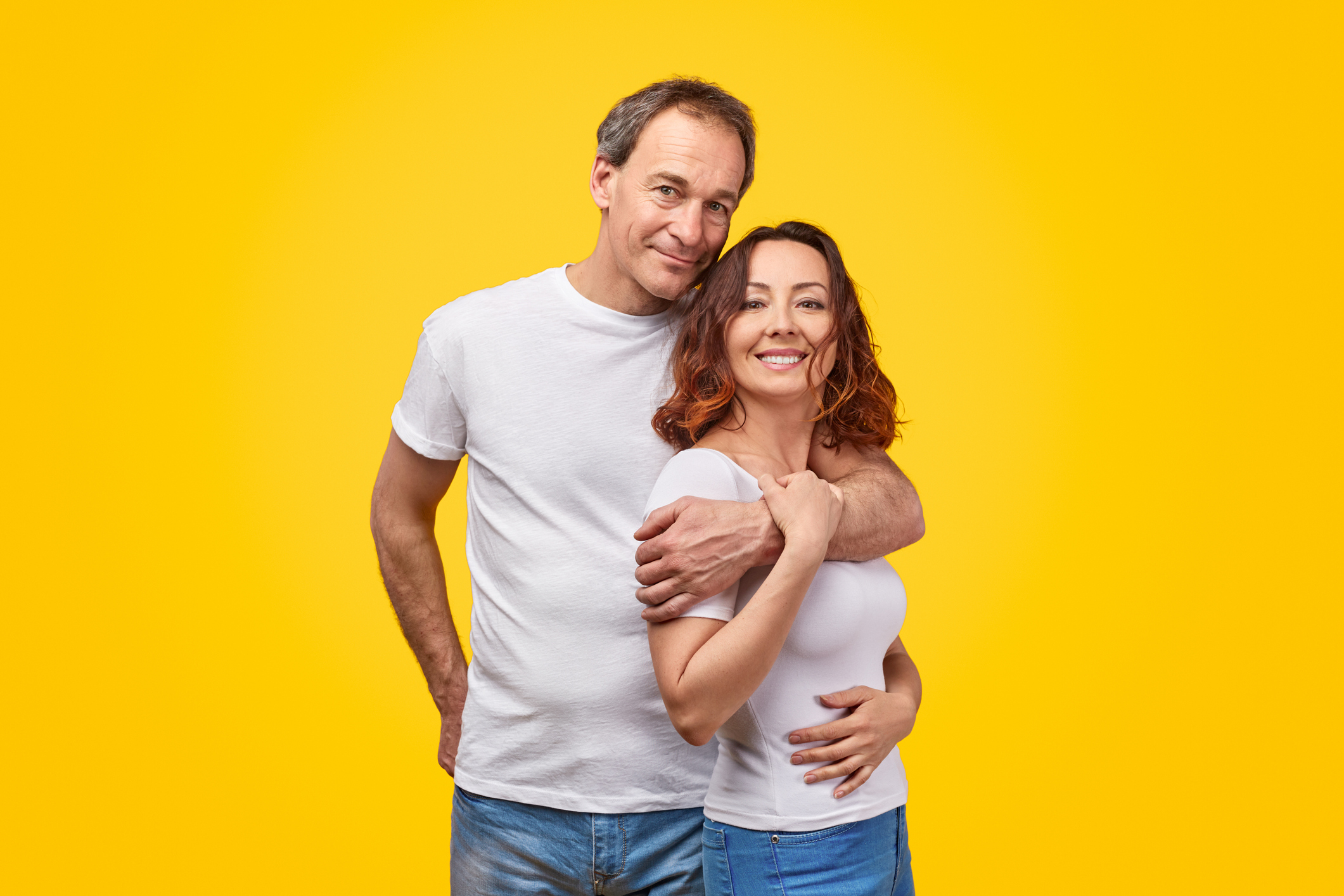 So, you’re getting married…again! Many divorcees who think about getting married a second time suffer from feelings of shame and sheepishness around the idea of trying again when their first “forever” didn’t work out. They fear judgment from friends and family and may be hard on themselves as well. However, there are a lot of happily married couples out there who will enthusiastically advise you to try taking the plunge again anyway, and who cite plenty of reasons why their second marriage is even better than their first. Here are a few of the things we love the most about second marriages.

There’s a common misconception that divorcees are doomed to repeat their mistakes if they choose to remarry. However, recent research turns this notion on its head. The Marriage Foundation think-tank reported that although 45% of couples marrying for the first time in 2013 would likely divorce, only 31% of couples marrying for the second time would do so (TMF, 2013). That means that if you get married for a second time, you have a greater than two-thirds chance of your marriage lasting a lifetime. Those are pretty good odds considering that it’s more like 50/50 your first time around!

The odds might be better because couples marrying for the second time are usually older than those marrying for the first time (TMF, 2013). With age can come maturity and a greater capacity for overcoming marital difficulties (hopefully)! There was also reported to be less familial and societal pressure specifically on men entering second marriages compared with first, which may also be a factor in the lower divorce rates of second marriages. Additionally, differences in income, ethnicity and occupation had less of an influence on second marriages, whereas in first marriages these differences were tied more strongly to divorce rates (TMF, 2013).

You have an opportunity to correct your mistakes

Have you ever done something you regret in a relationship at a time when you weren’t showing the best side of yourself? Do those moments still haunt you? A second marriage is like a second chance to correct your mistakes. When familiar situations arise that would have set you off or inspired otherwise poor behavior in a first marriage, you can make different choices that lead to better outcomes for your marriage. After surviving a marriage gone wrong the first time around, many people in second marriages feel extremely grateful for this chance to try again, and are determined to do everything in their power to make it work (Faris, 2015). Perhaps this tenacity is also part of the reason second marriages are more likely to succeed.

Many people find that having gone through a disastrous relationship situation once helped them to hold up a mirror to themselves and understand where they were going wrong. One person in a second marriage reported that had they not been married a first time, there was no way they would be as patient, level-headed, sympathetic, or motivated as they are now in their second marriage, which they call their “most deep and honest relationship” (Wong, 2017).

Your expectations are more in line with reality

Many young or inexperienced couples make the mistake of believing–consciously or unconsciously–that marriage will catalyze change in the relationship and fix issues or change things they don’t like about their partners. Wouldn’t that be amazing? Unfortunately, any married or divorced couple will laugh and tell you how untrue of a notion that is. On the flip side, though, people entering second marriages already know this. Psychotherapist and relationship coach Toni Coleman explains that in second marriages, partners are more likely to have realistic expectations about the realities of marriage and of the person they’ve chosen to spend their lives with. They are less likely to expect one another to change, and more likely to notice and address red flags before getting married (Spector, 2017).

Should you still get a prenup the second time around? YES! Here’s why.

If you didn’t get a prenup before your first marriage and you suffered from it during the divorce, you surely know better. Calling all second marriages… consider a prenup!

No one intends to divorce when they get married, and (almost) no one intends to later try to covet their partner’s assets or fight in court over the dining room table they got as a wedding present. However, the breakdown of a marriage usually stirs up a storm of emotion which can make normally-reasonable people break character. When emotions run high, people are not always on their best behavior. And when a relationship breaks down, emotions run high. Many of the multitudes of couples who have undergone lengthy court proceedings after the endings of their first marriages will recommend anyone they like and wish the best for to get a prenup. Yes, even if it’s a second marriage.

Additionally, if you lost a lot of assets after a first marriage without a prenup, you may feel sad that you are not able to share those assets with your new partner. Maybe that dining room table your ex-spouse won in court would have been perfect for the book club you host together! Although we hope that your second marriage will last forever (and the odds are on your side!), it is still possible that it might eventually be time to move on. If that happens, you won’t want to lose even more of your hard-earned assets (and potentially not be able to share them with someone else later on down the line). Related: Prenups for later in life marriages.

Although drawing up a prenup prior to getting married is always a good decision, your second marriage is far more likely to last than your first. We’re here to support you as you plan for the unexpected and make decisions about your financial future together, and we hope that after your prenup is complete, you’ll never need to look at it again. Back to the wedding planning!

Faris, S. 2015. How Second Marriages Can be Better than the First. Retrieved from: https://www.goodhousekeeping.com/life/relationships/news/a32280/how-second-marriages-are-different/

The Marriage Foundation. 2013. Second Marriages are Less Likely to End in Divorce than First. Retrieved from: https://marriagefoundation.org.uk/research/second-marriages-are-less-likely-to-end-in-divorce-than-first/

Spector, N. 2017. Why These Brides Say Marriage is Better the Second Time Around. Retrieved from: https://www.nbcnews.com/better/pop-culture/meghan-markle-marrying-second-time-charm-ncna825241

Wong, B. 2017. 10 Reasons Marriage is Better the Second Time Around. Retrieved from: https://www.huffpost.com/entry/second-marriages-are-better-_n_6865506

Julia Rodgers is HelloPrenup’s CEO and Co-Founder. She is a Massachusetts family law attorney and true believer in the value of prenuptial agreements. HelloPrenup was created with the goal of automating the prenup process, making it more collaborative, time efficient and cost effective. Julia believes that a healthy marriage is one in which couples can openly communicate about finances and life goals. You can read more about us here  Questions? Reach out to Julia directly at [email protected]

Millennials are known for breaking the norms—especially when it comes to estate planning and prenups. A recent study co-produced between the leading pioneer in self-serve, same-day prenups, HelloPrenup, and the leading online estate planning platform, Trust &...

What to Do If a Prenup is Contested in Court

We hope you never have to get to this point, but if you do, don’t panic. If your spouse is contesting your prenup in court, you still have a chance to argue your side of the story. It’s not an automatic sentence. We’re going to keep it real with you: there’s not much...